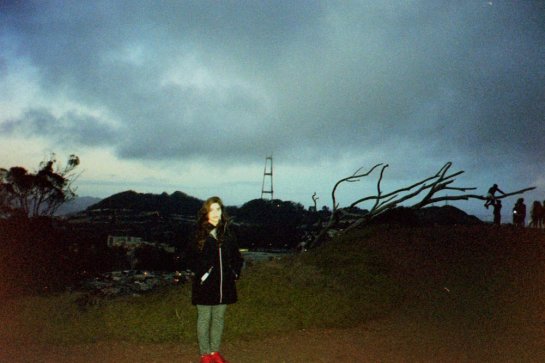 For the past year, the East Bay has been blessed with a series of events focusing on non-binary, non-Western music and performance. foozool and 8ULENTINA’s Club Chai recently became an internationally recognized name after the release of their eponymous debut compilation, featuring artists like Lechuga Zafiro, Organ Tapes and Stud1nt, but it’s the local groundwork that has made the operation so immediately relevant and transgressive. In June of last year, we featured an Astral Plane mix from 8ULENTINA, a fitting introduction to the Club Chai ethos that has since been extrapolated on at length on Club Chai Vol. 1. Lara Sarkissian makes music under both her birth name and the foozool moniker, pushing “more abstract original productions & sound collage” through the former and dance-focused edits/remixes from the latter. Tracks like “Geghard” and “APRE ԱՊՐԷ” are dense, rhythmic tracks that match haunting melodies with solipsistic drum work and fits of noise, samples and field recordings. With a live show set to debut next month, it’s easy to see how these tracks will thrive when broken down, meshed and developed further in physical space.

The connection between many “experimental” artist’s original output and mix work is often tenuous, but Sarkissian’s DJ and radio sets are often where her own productions thrive, intertwining with Armenian dance tracks she’s sourced from her mother and Arabic club tracks she collected while living in Armenia’s Nagorno-Karabakh region. They’re often equal parts melancholy and festive, drawing in everything from Flex Dance Music and reggaeton to tracks from Bay Area like Turbo Sonidero and Ambr33zy BA!. Her Astral Plane mix is no different, linking compilation tracks with a series of foozool edits, transitioning from an emotive, low key opening section into club forward four-on-the-floor with Ara Gevorkyan’s “Musa Ler” playing the bridge roll. It’s clear that Sarkissian has a rigorous approach to sound design and sample arrangement and the mix has a distinct narrative arc to it even though its constituent elements are disjointed to say the least. We chatted over email and talked Club Chai’s Bay Area community, the compilation, sourcing samples from Vine and Ara Gevorgyan’s music. Hit the jump for the full interview and track list and be sure to grab Club Chai Vol. 1 here.

Hi Lara, how are you? Where are you answering these questions from?

My home dining room aka my “stu” in San Francisco.

You release as foozool as well as under your own name. What is the distinction between the two projects? Do you have a good idea of which pseudonym a track will fall into from the beginning of the production process?

The material I release under my name is more abstract original productions & sound collage I see tying into visual projects in the future (a couple that have been for film already), and eventually having screenings during performances of these sounds. I’ve always been super interested in the tactile relationship between sound and image and it’s something I haven’t done in a while, i’m back at working on something from footage recorded recently.

I’m going to be playing my first live show next month, so am excited to see what form the sound will take making things live/improvised, and being more comfortable using samples of a wider range of instruments. I’m continuing edits/remixes of other artists under foozool, and incorporate them into my dance DJ sets where I mainly mix with other’s work.

Where do you usually source sample material from? I know that you’ve sampled a good amount of Armenian music, both folk/classic and contemporary, on past tracks so curious whether it’s music you’ve been listening to your whole life or more recent finds.

I sample anywhere from music i’ve grown up on, material found online, mom’s CD’s/records, and field recordings of mine. A lot of times my reasons for sampling is to incorporate a specific traditional instrument I don’t have access to recording in person and finding someone who plays the instrument, and instead find it from videos online. I’m hoping to work with more instrumentalists in the future and collaborate in person.

Sometimes when I would loop certain parts of my videos or other tracks into Vine, the loop would have me notice nice parts I can sample either from the video recording or track. The vocal from “Geghard” was originally from a Vine video I recorded in the monastery and liked how it sounded when repeated. #RIPVINE

How did you and 8ULENTINA go about finding like-minded artists in the Bay Area? You’ve worked with quite a few inspiring artists from a range of backgrounds and disciplines. Artists as varied as San Jose’s Turbo Sonidero and Oakland’s Russell E.L. Butler sound remarkably at home on the compilation.

After throwing Club Chai events for over a year, 8ULENTINA and I have had the opportunity to meet so many talented producers, DJs, and performers in the Bay Area. Artists like Ambr33zyBA! (Fela Kutchi), Turbo Sonidero (who’s been running Sonido Clash in San Jose for years), XUXA SANTAMARIA, and Russell E.L Butler, are veterans in the Bay Area music scene (as music producers/performers and organizers). They’re totally inspiring, and are mentor figures for us. There’s a huge range of small scenes across all genres in the Bay and you see the same people supporting the different scenes and genres, and love how it gets intergenerational.

How are you feeling about Club Chai Vol. 1 a few weeks after release day? It’s a huge compilation so it’s been interesting to see how different listeners, DJs, writers, etc. take it in.

I think my favorite thing people are grasping about the compilation is that the music and sounds that are on the comp is an exact reflection of how it exists and is performed in the physical Club Chai space, and people who’ve never been to Club Chai and are far, get to feel that. 8ULENTINA and I curated a whole range of genres and mediums of performance for that reason, especially the range of genres you see from the Bay Area artists on there alone. Diego from SFBamo described the feeling real well: “It’s not the intricacy so much as the, shall we say, intimacy that makes the collective’s unique sound so magical. You instantly feel a familiar pulse, evoking some primordial collective memory that you can never quite place.”  The best surprise was getting each track submission and seeing how it fits into another, even while being so different. Might sound corny here, but each track on there is a needed puzzle piece making the whole picture.

Is there a central theme to the mix? There’s definitely upward swing in terms of intensity as tempos shift up and then back down again.

Was mostly curious to see how I can mix the Armenian dance tracks with the rest, how zourna sounds can work in there, and use Ara Gevorgyan’s dramatic track to bridge the calmer intro to the higher tempo shift.

Tell us a little about the non-Western music you’ve selected for the mix. I think I notice a few names from your and 8ULENTINA’s previous mixes, but am not aware of most of the artists included.

I’ve included some Armenian dance tracks – the Zourna remix I ripped off a CD from mom and edited, a pop track edit, and then there’s Ara Gevorgyan’s “Musaler”. I first became familiar with Gevorgyan’s music in Armenian school from our dance classes. He’s definitely one of my favorite producers/composers of all time who takes traditional songs/folk instruments and turns them into contemporary, futuristic, and cinematic pieces (also the guitar in that track, love it). I especially admire how older generations who are more familiar with these sounds in their traditional forms have loved what he’s turned it into. I think there needs to be more open-mindedness on how these sounds can be tweaked and used today.

And then there’s the Arabic club tracks on here from a bunch of different CD’s I got when I was working in Nagorno-Karabakh. This man named Saro has been running this tiny music store in Stepanakert for 20 years, and we got to sit through and pick hundreds of tracks from his computer that he either burned for me onto CDs or put on my flash drive, anywhere from Middle Eastern to Central Asian tracks and then every once in a while a random ringtone he threw in there. That was definitely the best way i’ve ever searched for and selected music. I haven’t even had a chance to listen to them all yet. Also, the guy ran a GIF making/wedding photo animation business on the side from this thing, amazing. 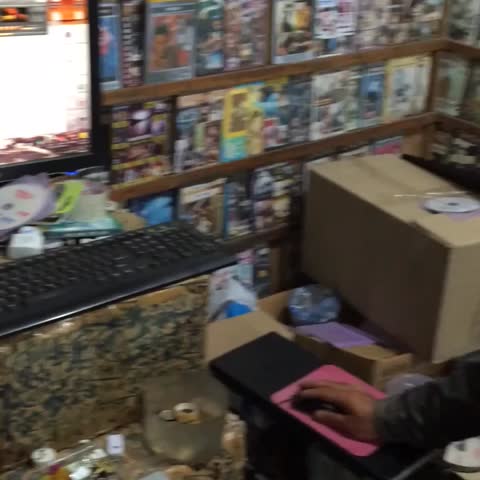 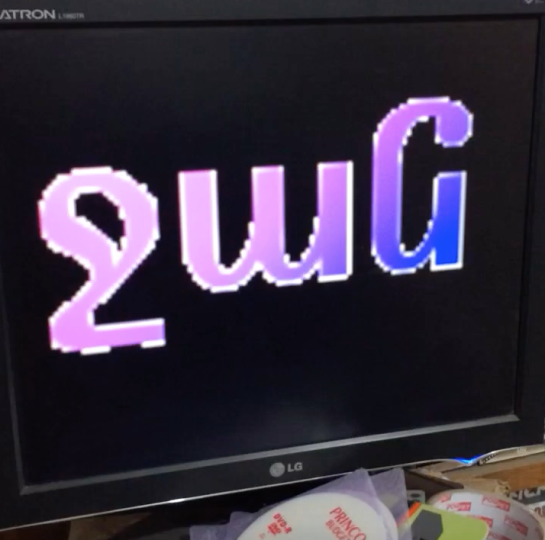 What’s next for you as a solo artist? Any official releases in the works for 2017?

😈
^^ idk if you can copy n paste the smiling devil emoji here, but