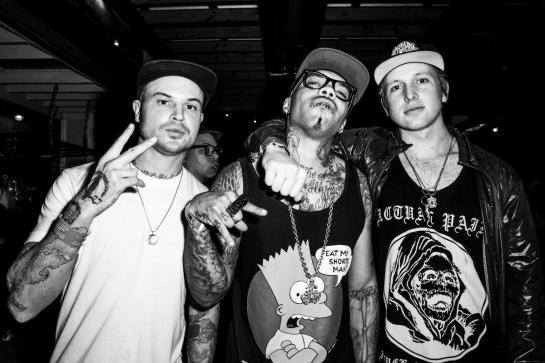 Like Clams Casino, DJ Burn One and others before them, Blue Sky Black Death have released a tape of   previously rapped over instrumentals for public scrutiny. Like Clams Casino (and DJ Burn One to a lesser extent), the Seattle duo’s Euphoric Tape is an unabated success as a solo entity, proving that their talents far surpass the role of backing agents. The tape is made of “instrumentals” (most are full-fledged songs in their own right) previously used by Nacho Picasso, Key Nyata, Deniro Farrar and a host of other MCs. “Love My Life”, previously featuring Pepperboy, stands up especially well on its own and really personifies the title of Euphoric Tape. Young God and Kingston have put up the tape for $10, but this release is well worth the money for anyone who claims to enjoy hip hop. Stream and cop below.