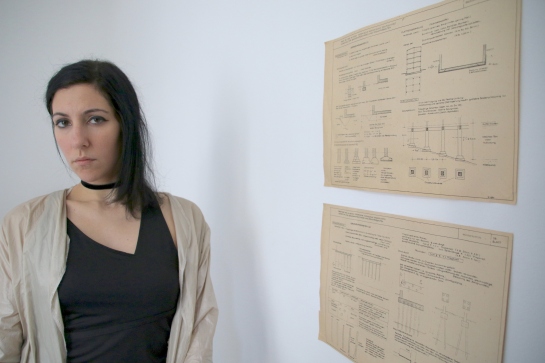 Since emerging as a solo artist at the tail end of the 2000s, Sabina Plamenova has released a wealth of material, albeit under two separate aliases. The Italian-born, Berlin-based producer has releases on Planet Mu, Don’t Be Afraid and Astro:Dynamics, a curious collection of labels, but ones befitting of each of Plamenova’s respective efforts. Since laying to rest the Subeena project, Plamenova has directed her attention almost exclusively to Alis, most recently releasing the Corporeal LP through Athens, Georgia-based Plus100. Bleary eyed ambient, stunted vocal experiments and earthy synth pop are the sounds du jour on Corporeal, which is both Plamenova’s most emotionally coherent record to date and the clearest synthesis of the different aesthetics she’s worked with in the past. That means more of Plamenova’s own voice on Alis tracks, more audio-visual projects and more mixes featuring bizarre collissions of genres and georgraphies.

The Alis project debuted on Plamenova’s own Opit label in 2012 and has touched on Detroit-flavored techno, drone and what could be described as a contemporary update on post-punk in the years since, ideas she’s stuck with and added to in the years since. More recently, a keen taste for the abstract, noisey end of contemporary club music has become Plamenova’s go to mix fodder, pairing Kamixlo, Arca and Angel-Ho with her own hyper-emotional originals and floor filling classics by the likes of Manix, DJ Sneak and Aphex Twin. Hardly a gimmick, the screams and clangs of the former artists tend to mesh flawlessly with Alis’ own productions and form a tenuous, but functional balance with the latter, more linear tracks. And despite the clatter of influences, peers and eras involved, Alis’s original material, tracks like “We are back” and “Excuse Me” (as Subeena), tend to shine through the mix. Plamenova has described the Alis project as her most personal yet and it’s hard to disagree when listening the gorgeous expanses of Corporeal and Things Next Door. Narrowing down on one particular sound has clearly never been of interest to Plamenova and the direction she might take the Alis project next is an exciting premise.