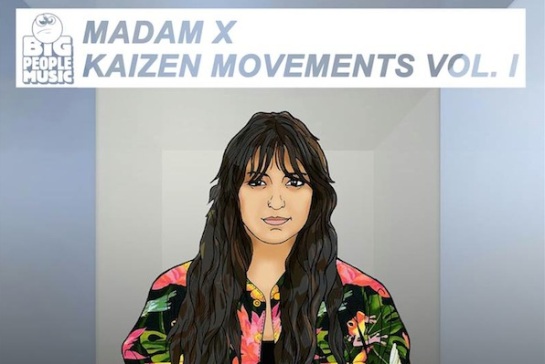 As one of the key stones in Manchester’s growing grime foundation, Madam X has proven more than capable on major outlets like BBC 1Xtra, but her efforts have always filtered into her label Big People Music and the Murkage collective she takes part in. Her latest efforts were announced over the weekend and take the form of Big People’s first compilation, the finger-on-the-pulse heavy Kaizen Movements Vol. 1. Rumbling soca from Murlo, orchestral patois from Samrai and metallurgic electro from Sudanim take center stage on Kaizen Movements, but the rest of the 10-tracker (Trap Door, Timbah, Dark0 and more) is far from a slack-jawed effort. Download the full comp or individual tracks below and be sure to throw the Madam some praise on her Facebook or Twitter.

Over the past week or so, everyone and their mother have begun posting year end lists in one form or another. While perusing these song/album/mixtape/EP/single/live show/remixes/album art/video/DMX moment lists, you’ll probably come to the realization that you disagree with 90% of them and feel the urge to leave a vindictive comment on one article or another noting the surfeit of fecal matter spewing out of writer A or blogger B’s mouth cavity. First of all, resist the urge. Year end lists are silly and pointless, but they are someone else’s opinion. Anyways, we will not be writing any year end lists,  because of the aforementioned clusterfuck that has already ensued. We will post a (brief) roundup of general shit we’ve enjoyed this year and maybe link to some other lists that are prescient or that mirror what we enjoy to a certain extent, but probably not. We have a bunch of amazing sounds for you this week, including Benjha’s brilliant “Flight Simulator, so maybe you should just hit the jump and enjoy some positive music. Maybe fanute around your room to it. You know we will. Just don’t think about lists.