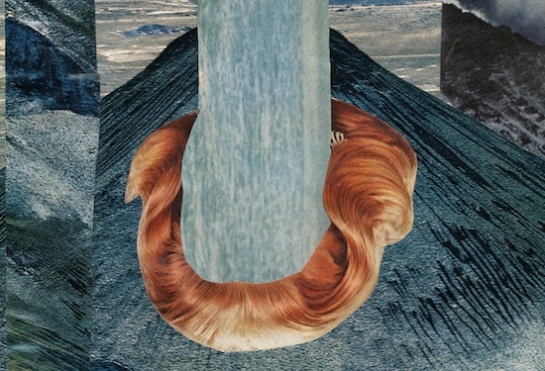 Way back in 2012, West Coast beat maven Devonwho released the two part Perfect Strangers tape, a didactic mixture of club influences and psychedelia-tinged hip hop production. Feeling that Perfect Strangers deserved an official release, Portland label Dropping Gems has taken it upon themselves to re-release the tape on cassette and to draw from their wide net of Pacific Northwest-based producers to include six ( ! ) brand new remixes. Devon has worked with Dropping Gems in the past through his cerebral Wires For Salu nom de plume and Perfect Strangers represents the fullest manifestation (to date) of both artist and label’s collective vision. The cassette/digital re-release is set for an August 13 drop, but you can pre-order both here. To celebrate the re-release, we have been gifted the opportunity to premiere a remix of “ghostpt2” from Seattle-based producer Denley. Whereas Devon’s music generally inhabits a rather subdued context, Denley blasts “ghostpt2” into space, giving it the sort of bombastic sheen we’ve come to expect from producers like S-Type, or even DJ Toomp. It’s a departure from the original’s intention, but Denley’s triumphant synth work gives the remix enough legs to operate as a truly large reinvention. Stream/download below the remix below and be sure to pre-order the cassette! 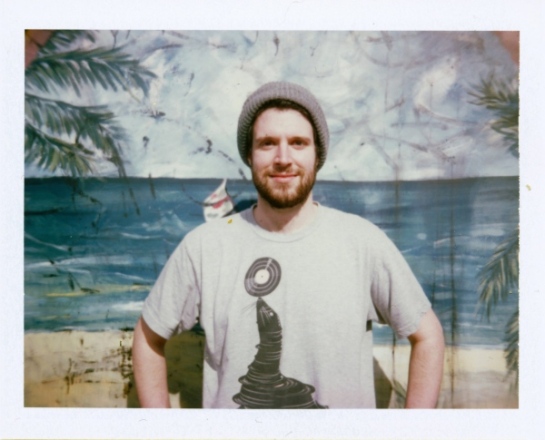 The term overture generally refers to the instrumental opening to an opera. Wires For Salu is Devonwho’s new side project. On April 16, Wires For Salu’s “Overture” will feature on Dropping Gems’ Gem Drops 3 compilation, the first of the series to be pressed to vinyl. Devonwho and Dropping Gems are two of our favorite fixtures on the West Coast, so this project is relatively exciting (read: very much so). While Devonwho’s music trends towards blunted beats, Wires For Salu inhabits a more downtempo, cerebral realm. Sort of like an overture or something.

Our favorite taco enthusiast is back with another quick synth opera that will certainly leave no neck un-snapped. devonwho uploaded “sunder” last night, a sprawling, synth-heavy jawn that is the sonic equivalent of rich mahogany. “sunder” might be one of the San Francisco-resident’s most MC ready attempts. Maybe we’ll see Zeroh hop on it. The track is tagged “sundayjamsession” so the possibilites are endless! Stream below.

devonwho has spent the majority of his life on the West Coast. He grew up in Oregon, has lived in LA on two separate occasions and now resides in San Francisco. I tried to get him to say which was his favorite, but he wouldn’t budge. Unlike many of his contemporaries, his music reflects each locale’s divergent sounds in one or another. Last month, we exchanged some emails with Devon and got the low down on his favorite food city, crowds in LA vs. SF, funk and the desire to work with MC’s. Get to know the beatsmith/taco enthusiast below and hit the jump for more.

You’re originally from Portland, but have also resided in Los Angeles and now San Francisco, right? Where are you right now?

That is all correct! I’m currently living in San Francisco. Have lived in Los Angeles twice and also, Philadelphia for a brief stint.  Was born in Oregon and raised in Portland.

Which is your favorite city on the West Coast?

Tough question! Don’t think I can really narrow it down. I’ve spent time in a bunch of the different cities on the west coast and I feel at home in all the places I’ve lived.  They all have their own unique charms.

I’m gonna have to say Los Angeles.. I fucking love taco trucks. All Mexican food for that matter.

END_OF_DOCUMENT_TOKEN_TO_BE_REPLACED

If you’ve been following us for awhile now you will certainly recognize our gushing love for the Dropping Gems label. We recently did an in-depth interview with label head, Aaron Meola, and DJAO from the collective. You can check out the interview here if you missed it. Besides learning the ins and outs of running a label, we also inquired about DJAO’s production process. Like magic, the Seattle producer just posted a new track to his soundcloud, a remix of Devonwho’s “Strangebrew” off of his most recent effort, Perfect Strangers Vol. 1. DJAO keeps true to the original and capitalizes by adding his own crisply tuned bubbling sounds… then the bassline comes in. The track is topped off with what sounds like a space-age xylophone to add some more lush vibes. Stream the track below off of his Soundcloud and be sure to check out the rest of his tracks on the page.

Catch the original tune below 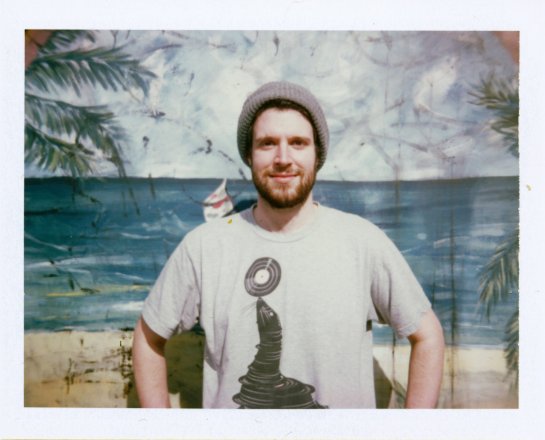 Most of the music we feature on this site falls outside of traditional genre limitations. This is partially a conscious choice on our part and partially just an observation on the overall music landscape. Open-minded, envelope pushing artists generally buck tradition whether that means mixing genres, sounds, or whatever else tickles their fancy. The best releases though aren’t necessarily the most mind-numbingly challenging, but the ones that evoke a simple, yet profound, response. San Francisco’s devonwho did exactly that with his newest release, Perfect Strangers Vol. 1. Tagged as “future funk”, the tape relies heavily on 8 bit samples, but unlike fellow video game sample enthusiasts Groundislava and Jonwayne, the beats on Perfect Strangers contain an airy, welcoming quality that bely their synthetic nature. devonwho also does manage to invoke an undeniable amount of funk into the tape. Even at its crunchiest moment on “taurus/shorty”, the 8 bit noises impart the phonk over some expertly programmed skittering drums. Stream Perfect Strangers Vol. 1 below or cop it for $6 (well worth it).

Back from spring break. I have been missing from the Astral Plane for quite some time due to spring break adventures and not having access to the internet, but now I’m back and bringin you DIBIA$E’s  brand new mix promoting his upcoming Australia/ New Zealand Tour. The mix features collaborations with artists MNDSGN and DEVONWHO. Stream the mix below and download it off his bandcamp page here.