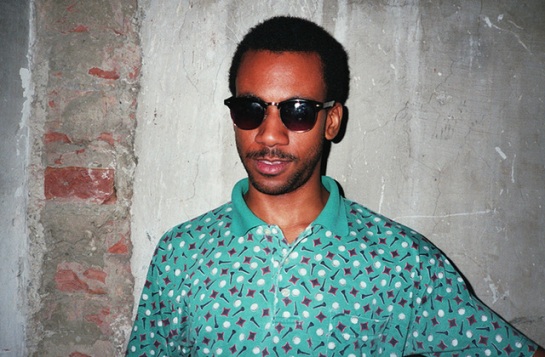 Over the past week-plus, Brainfeeder’s in house mic killer Jeremiah Jae has taken to Soundcloud with a vengeance usually reserved for Flying Lotus collaborations. Jae has released 10 new tracks to be exact in an effort he’s calling Black Jungle Radio. The majority of the tracks feature Jae on MC duties although he stays behind the boards for YBP, Raja Black and F.A.B.L.E. cuts. While fairly hit or miss overall, Black Jungle Radio spans the gamut of Jae’s sounds and influences, ranging from the lo-fi funk of “BlackMyth” to the ridiculously smooth, Exile-esque “Lost and Found”. In fact, Jae takes cues from Blu & Exile (for better or worse) for the majority of the series. I say for better or worse, because   Jae exhibits Blu’s hustler everyman persona on some tracks and is utterly lazy on others. Of course, Jae’s Black Jungle Radio isn’t represented as an album or official release like much of Blu’s low quality work. Jae certainly won’t be played on the radio, but maybe that’s a good thing. Stream “BlackMyth” and “Lost and Found” below and download the latter here.

Update: Download the entire tape via Bandcamp after the jump.

END_OF_DOCUMENT_TOKEN_TO_BE_REPLACED

Captain Murphy is now a household name (or maybe a messy apartment name if the rest of the fan-base is anything like the author). We still have no idea who Captain Murphy is. I trust Flying Lotus when he says it’s just a young rapper with dope rhymes who is camera shy. Maybe there will be some clues on Duality, which is set to drop this Thursday the 15th.

His latest collaboration with Azizi Gibson and Jeremiah Jae meets or exceeds the level of dopeness we expect from Murphy. It’s got the haphazard vocal interjections under the main vocal common in Azizi Gbson x Jeremiah Jae collaborations, together with the intense bouts of pitch shifting of Captain Murphy that has come to define his vocal presence. On the upcoming Duality mixtape It will be nice to hear these smooth sailing hip hop tunes right next to heavy trap beats of the likes of Shake Weight.

This beat has Flying Lotus written all over it from the drum compression to the granular ambience in the background. It sounds like one of the ones he’s had lying around for a few years and finally found an artist worthy of it. The beat carries the track but the vocals really just prove that these guys are great lyricists. Listen for a final fantasy reference, a lord of the rings reference, and what sounds like a Talib Kweli diss(?).

Emily Wells is a multi-talented, Los Angeles based violinist who released an album, Mama, back in April that received generally positive feedback, Wells’ music is pleasant enough, but not really in the vein of tunage that we feature at The Astral Plane. Earlier this week though, Wells posted Mama Remixed to her Soundcloud and I’ll be damned, but it might just have one of the most impressive producer lineups of any release you’ll listen to all year. Salva, Jeremiah Jae, Baths, Teen Daze, Dan The Automator and more contribute, but Kid Koala steals the show with is mellow, noise-leaning take on “Passenger”. Stream the Kid Koala remix below and grab the full album for free here.

2012 has been a good year for Brainfeeder. Flying Lotus’s label and purveyor of everything good and holy have only released two traditional full lengths, Ryat’s and Lapalux’s (both excellent by the way), but their longest strides have come in the hip hop arena. Now if you follow us, you’re probably familiar with the label’s stable of MC’s, namely the Maryland-bred Azizi Gibson and Chicago’s Jeremiah Jae. The two have been making some of the most unfiltered, dynamic hip hop this year, which is quite a statement considering Black Hippy and Danny Brown’s output alone. Luckily for us, the two have joined together for a concept tape of sorts. Ignorant Prayers is an ode to all those who pray for the important things in life i.e. a lot of fellatio. Money too. If you’re looking for grimy, unadulterated rhymes over the wonky beats we’ve come to love from Jae and the Brainfeeder clique in general, do not sleep on this tape. It’s shocking without striving for shock value and has some of the gulliest production this side of FlyLo himself. Grab the full tape below and grab the instrumentals right here.

Wassup readers, my name’s Will.  I’m from rural-ass Wisconsin, currently residing in Los Angeles.  I’m about to begin lacing The Astral Plane with occasional mixes, track postings, and overly pretentious musings on music and the artists that make it.  I played a lot of violin and cello in my childhood and I’ve always loved making music.  Inexplicably, I love hip hop, and I have for a long time.  Lately I’ve developed a full-blown obsession with listening to, studying, and crafting electronic music.  I won’t bother talking about my tastes now because you’ll figure them out sooner or later.   Anyways, to start, I’ve had the pleasure of listening through Jeremiah Jae’s forthcoming LP Raw Money Raps quite a few times, and I figured I would share my thoughts on the album.

Two days ago, Jeremiah Jae graced us with his latest effort, a three-track single released by Brainfeeder.  “Money” is his most recent release on the LA powerhouse since the Rappayamatantra EP last spring and a precursor to his debut full length on Brainfeeder, Raw Money Raps, set to drop July 23rd.   If my first few listens of the LP are any indication, Jae has crafted a debut full length as thoughtful and intriguing as those of his fellow west coast come-ups (read Black Hippy) and is about to make some serious waves.

Chicago native Jae has a serious pedigree; his father was a musician who worked with Miles Davis.  He also has a serious endorsement from another musician with close connections to jazz royalty, a certain Flying Lotus.  Raw Money Raps seems to be born of a smorgasbord of influences, but Jae manages to blend a host of seemingly disparate elements into a cohesive whole.  He builds his sounds so that every sonic element fits into a context that is at once eyebrow raising and comfortable.  The cohesion moves beyond individual tracks; Jae pulls the listener on a crazy tour of hip-hop subgenres.  When I first listened to “Money and Food”, the b-side of the “Money” single, I felt like the track was trapped between club banger and wonky curiosity and didn’t really work as either.  However, on the LP, it comes as a catchy, satirical take on the “Love In This Club” style of hip-hop club banger.  This belies the sense of structure that underwrites every track on the album, as well as the album again.

I love music that sucks me in, forces me to get so deeply lost in the soundscape that the details are inescapable.  If there was one thing that struck my about “Raw Money Raps”, it was this mercurial quality of interest.  There is a fascinating duality to the music; it has the control and polish of modern digital production, but there is a consistent, charismatic humanity that hearkens more to a track coming out of RZA’s MPC.  This album is full of W8WTF moments. “Guns Go Off”, the album’s second track and its first fully structured tune shakes the listener with a short, disorienting loop that carries through the whole song.  15 seconds in I was like fuck this I’m over it.  But a little patience let me hear Jae carefully manipulate this loop as he introduced his own musings.  His voice goes through a gauntlet of effects, each carefully introduced and morphed.  It wasn’t easy to notice the song developing, but undeniably, it was.  Having to search for Jae’s musical ideas made them all the more satisfying.

Parts of this album are really fucking weird.  There is absolutely no percussion on “Infinite Mask”.  Jae raps over a drone, some plucking sounds, a jazzy bass line, unpredictable organic sounds, and a peanut gallery of spoken vocal samples.  There is nothing new about this, as this style is highly reminiscent of his debut Brainfeeder EP.  On this particular album, weirdness works wonders. The whisper of vocal samples that pervades the album is generally unintelligible, but that’s okay because the words themselves don’t really matter; it’s the sound of those human voices that matter.  Jae replaces hi-hats with consonants.  Words rush and skitter around the beat like water in a rhythmic stream.  It’s beautiful.

This same acute sense of the human voice as an instrument can be seen in Jae’s flow.  It’s easy for a sample-heavy beatsmith to get lost in the Dilla/Madlib/Premier shadow, but even the most Donuts-esque tracks on Raw Money Raps seem refreshingly original.  A large portion of this is due to Jae’s flow.  His bars feel nonchalant, with the elegant ease of a jazz musician flipping off a solo on his favorite set of changes.  However, on Raw Money Raps, Jae is not only the lead trumpeter but also the backing combo. His lyrics are generally clearly intelligible, but the words don’t pop out of the speakers.  Instead they weave in and out of the beat, sometimes complementing, sometimes contrasting, sometimes acting as nothing more than a constituent of the beat.  The first time through, I didn’t even really have a chance to listen to what Jae was saying, as I was too busy listening to how he was saying it.  Jae is a thoughtful, skilled lyricist and his ciphers present a jaded take on the paradigms of hip-hop.  They also unfold in meaning as one becomes more familiar with them, which brings me to the biggest reason I like this album.

When I finish the album’s amen, “Cable” (which I’m pretty sure prominently features a sample from the soundtrack of Pixar’s “Up”) I want to go right back and press play on track 1.  I always feel like there is more to figure out.  In an age of twitter and more songs from more producers than you could ever possibly listen to, it’s a blessing to have a work of art that you need to grapple with, that doesn’t diverge all of its secrets right away.  Is “Raw Money Raps” perfect?  Certainly not.  It’s not right for everyone, and if you are looking for the instant gratification of an incredible drop, you won’t find it anywhere on the album.  But if you are looking for carefully crafted, engaging hip-hop, please, for the love of Flying Lotus, buy this album on July 23rd.