“he’s this lil 16 yr ol lad called kai who comes from the same tiny shitty town as me & hangs out w my little brother. i don’t ever rlly do this w ppl’s music but i honestly believe in this dude.”

The above is a Facebook message we received in March 2016 from an artist we’ve worked with in the past. The Kai in question is Kai Whiston, a young British producer who has since debuted with the Houndstooth EP on Los Angeles’ TAR label and captivated critics and fans with a clattering, grime-adjacent production aesthetic. By the end of 2016, Whiston was marked as an up-and-comer in the world of Internet dance music, partially due to his age (he’s now 17), but mostly due to the genuinely striking nature of his debut and the radio appearances that followed, most recently his own Atrophy FM show on Radar Radio. Utilizing everything from familiar grime vocals to the sort of noisy sound design favored by labels like PAN, The Death of Rave and Editions Mego, Whiston essentially jumped out of the gate with a fully formed vision and the mix and radio appearances have only solidified those credentials, painting a map of influences and contemporaries that range from Sega Bodega and Food Man to John Cage, Nathan Fake and Death Grips. Whiston brings an eclecticism that not only comes across as genuine, but  is also distinctly strange, a cataclysmic mixture that defies expectation from moment to moment.

Its that quality that consistently draws responses like the one above and with a forthcoming release on a larger label on the way there’s a good chance Whiston’s music will incite similar responses in a much wider audience. In the meantime, there are two TAR releases to delve into and the aforementioned radio appearances, all must listens in our book. We grabbed Whiston for Astral Plane mix 143 and he delivered us a delirious, genre-averse blend of avant-garde classical experiments, mosh-y punk and gorgeous contemporary beat work. It’s mostly devoid of Whiston’s own work, but his eclectic production approach abounds and it’s not difficult to see the threads he might be grabbing at on future releases.

END_OF_DOCUMENT_TOKEN_TO_BE_REPLACED 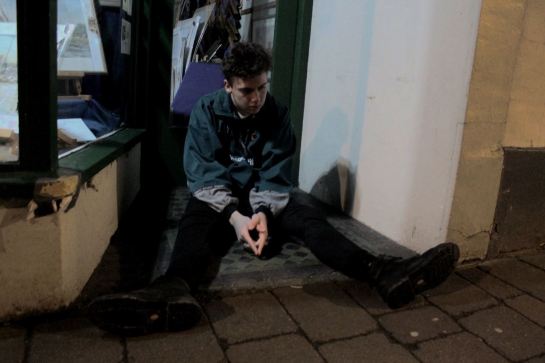 Originally tipped off by Brainfeeder don Iglooghost, we’ve been looking forward to Kai Whiston‘s debut for the past few months and local Los Angeles outlet TAR will be letting it all out on June 17. Teenager producer narratives are overwrought, but the fact that Whiston is only 16 is unavoidable, especially considering how fully formed the Houndstooth EP is. Iglooghost’s manic take on beat scene, rap and grime tropes is certainly a reference point on Houndstooth, but tracks like “Spick & Span” (debuted by Mary Anne Hobbes a few months back) and “Melville” have a sound all their own, submerging oddly familiar vocals under dense miasmas of reckless noise, framed by outsized building block percussion. We’ve got “Melville” on premiere today, the EP closer and the most delicate track on Houndsooth, matching reverb-heavy piano with swirls of what sounds like planes taking offs, dense feedback loops and a distant ragga vocal. Whiston’s songs aren’t easily appraisable on first or second listen, but after running through Houndstooth five or six times the vocals feel familiar even through the dense matrix of reverb and samples layered over the top. 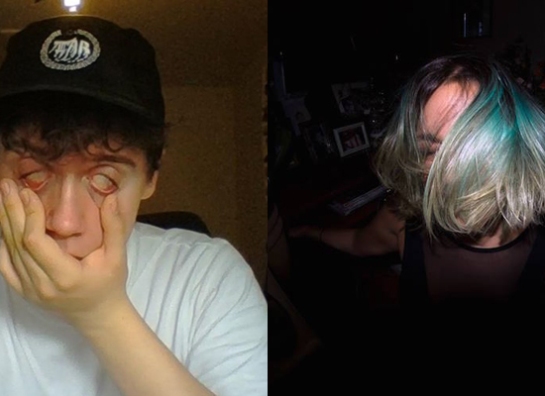 For our latest session on Radar Radio, we grabbed Kai Whiston and Hunni’d JAWS for the guest mix slots, the former a prodigious artist with a mystifying forthcoming release on TAR and the latter one half of Berlin Community Radio’s indomitable Call Dibs show. Despite coming from very different places, both mixes fit together really nicely, drawing from a range of industrial-tinged club music and drawing lines between everything from MC Bin Laden and M.E.S.H. to FIS and GAIKA. In the first hour, the Astral Plane DJ Team laid out some of our favorite recent and forthcoming tracks from the likes of Terribilis, x/o, Air Max ’97 and DJ Tiga, as well as some tracks from Nunu’s forthcoming Astral Plane release. Look out for news on that very soon. If you’re in Los Angeles, you can catch the Astral Plane DJ Team at CyberSonicLA this Saturday (5/28) alongside Kush Jones, Jeremiah Meece b2b Schwarz, Swisha and residents Sha Sha Kimbo and Swelta. Not one to miss. We’ll back on Radar on June 27. Thanks for listening.