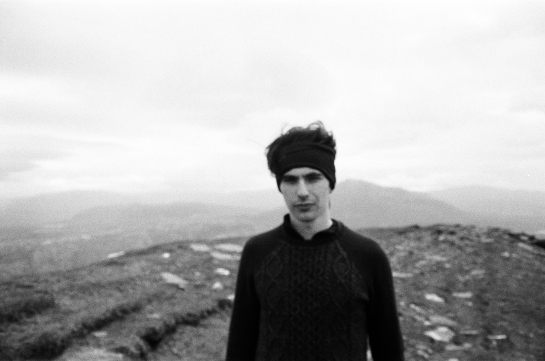 To many, Lanark Artefax aka Calum MacRae was introduced in July of this year, the month that saw the release of the Glaswegian artist’s Glasz EP, a dense five track effort released through Lee Gamble’s UIQ label. Garnering support from a host of influential DJs, ranging from Mumdance and Mary Anne Hobbs to Beatrice Dillon, Gamble and Mosca, Glasz has proven to be one of the breakout releases of 2016, drawing fans from across the electronic music spectrum to his brittle sonics and uncanny rhythmic structures. Preceding Glasz, Artefax released the Windox Rush EP, a similarly woozy, albeit less fully formed extended player released through Cong Burn Waves. For one reason or another, Windox Rush is no longer available online, making Glasz the Glaswegian’s functional debut, a fitting circumstance for a release that truly sounds like nothing else released in 2016 (or before it for that matter.)

In interviews, MacRae points to monumental IDM figures like Autechre, The Black Dog and Mike Paradinas as all having had an influence on his sound, a path through recent history and sound that seems to point more towards their approach to structure and experimentation than it does to exact sonics. In charts and other interviews, MacRae points to the expansive musique concréte of Valerio Tricoli, SKY H1’s “bleak but really lovely” sounds and UIQ label head Lee Gamble, all artists  in the PAN universe, as contemporary reference points, a map of artists utilizing drastically different toolsets to approach what might be called with avant-garde music with heart. Which is exactly where Lanark Artefax and Glasz sit, a fundamentally left field leaning project that nonetheless functions on a corporal and emotional level rarely found in experimental musics. His Astral Plane mix is a case in point, a rich collage of voice, texture and rhythm that begins with work from Emra Grid, Broshuda and D/P/I and climaxes in efforts from Félicia Atkinson & Jeffre Cantu-Ledesma and Renick Bell. Of course, Mazzy Star’s “Into Mist” ends the mix, a romantic gesture that is hardly out of place in the context of MacRae’s music. Get Glasz here and catch us eagerly looking out for whatever is next for Artefax and UIQ.