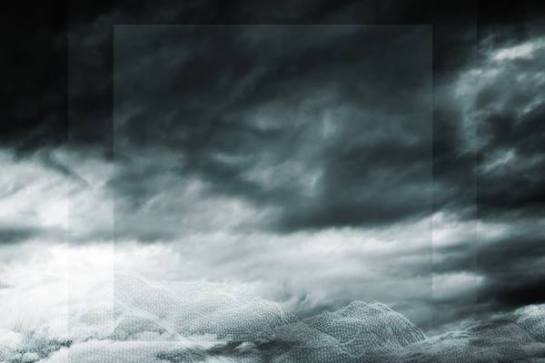 As the instrumental grime resurgence has grown in both popularity and contributing members over the course of the past two years, many pundits have questioned the aesthetic consistency of much of what is being dubbed grime. And it’s true, tempo, sound palette and geographic location have been altered dramatically. Grime is no longer solely a London ting and its most dominant motifs have been stretched to their logical limits by artists both within and outside the genre’s traditional East London core. Geography is the most easily recognizable change as producers can be found as far flung as Houston and Malaysia and while no one is questioning London’s supremacy, the diffusion of sounds and ideas on the internet has surely allowed for many to take a tangential approach to the work of Ruff Sqwad, Iron Soul, Dot Rotten, et al. A more important critique is more broad, but integral to the make up and continuing success of the genre: without a singular locational touchstone and equally monumental origin story, can grime retain its sonic quirks and aesthetic gruffness, its ability to confound and astound in equal measure? Essentially, can grime retain what makes it grimey?

Born in Ireland and now residing in London, Saga has been producing hip hop and grime for 10+ years now, but his two most recents EPs that have as much to say about the above questions as any released in recent memory. Tempo and sound palette-wise, Saga fits right into the world of grime, taking a muted and mutated eski palette into ever-bizarre places. His two releases to date, the Crescent EP on Lost Codes and the Flight Risk EP on Lit City Trax, can both nominally be defined as grime, but they’re also deeply indebted to industrial music, ambient found sounds and a host of other intermingling threads. The fact that his snares function as scythes and his square waves seem to dance and sputter around the track bring to mind classic grime, but the structures are all off, the placement of melodies discordant enough to unsettle the most experimental minded listener.

It’s Saga’s approach that makes his output so definitively grime, an approach defined by singular vision, antisocial personality traits and a rugged approach to sonics. There’s enough detriment left on a Saga track to round up and make a whole new track, maybe a result of listening to low bit rate versions of grime classics, but can also be attributed to a childhood full of death metal. In essence, its a trait and an approach that can’t necessarily be learnt. Rabit, one of the prime outside-of-London proponents of the genre grew up inundated in Texas screw rap, for example. It’s the quality that attracted Visionist and J-Cush who run Lost Codes and Lit City respectively, an inherent grimey-ness that pervades tracks like “Crescent” and “Grains”. It’s also what makes Saga’s Astral Plane mix one of our most thrilling yet, a down and dirty tail of detuned square waves floating through the void and all out sonic warfare. J-Cush called Saga’s work “modern grime”, which it certainly is, but its modernity doesn’t subvert its essential elements. And his 34 minute contribution is as essential as they come, a loose collection of industrial blasts on one hand and an intricately constructed modern grime centrifuge on the other. Essential listening either way whether you’re invested in grime’s living history or not. 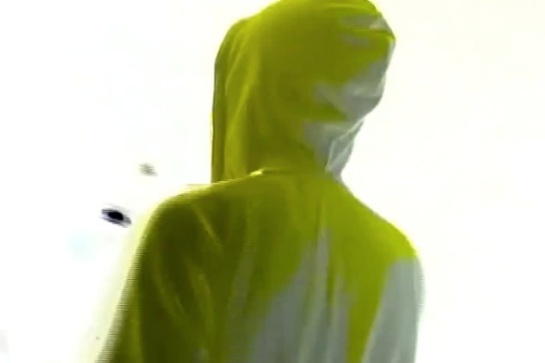 The majority of producers attempting to recreate UK ‘nuum sounds either look to reinvent or recreate classics from a past era. Few though, have the acumen or the audacity to deconstruct, pick apart and piece back together the individual components of jungle, grime, two step, etc. It’s the quality that makes Rabit and Visionist so intriguing and it’s what is about to bring Birmingham-based producer Filter Dread to a far more widespread audience. Having already released on Lost Codes, Egyptian Avenue and UK Trends, it was announced earlier his week that his next EP will be released on Tom Kerridge’s RAMP Recordings, the venerable outlet that has been the home of Zomby, Flying Lotus, Mickey Pearce, SBTRKT and other contemporary titans. Inspired by “short sampling space, limited save functions and other restrictions,” the EP will be titled MIDI Space and will be released on June 23.

Filter Dread grew up attending raves in the fields surrounding his home town of Cambridge and has been fascinated with the eclectic fringes of soundystem culture ever since. Attending raves led to an interest in jungle and drum & bass and later an indulgent approach to recording software, specifically ways of analogue sounds sans hardware. We were lucky enough to grab Filter Dread for a guest mix at this frenzied time of year and the result is breakbeat-led, deconstructed madness. Ostensibly based in jungle, the mix almost entirely lacks propulsion, placing the listener in a disorienting, hallucinogenic world where heavily layered breakbeats are equally likely to dissolve into beatific xylophone melodies as they are a quivering squarewave synth. The dub-y qualities his cassette tape only Space Loops EP are readily apparent, but the mix, and the previews of his upcoming work, offer a more physical result than that floating, astronomical EP. Hit the jump to check out the full track list and be sure to grab MIDI Space on June 23.

END_OF_DOCUMENT_TOKEN_TO_BE_REPLACED

In a general sense, grime is generally not thought of as party music, especially the melody-focused brand championed by Rabit and Visionist in recent years. It’s not necessarily after-club music in the night bus variety either despite the fact that it elucidates a neo-futuristic urban landscape better than just about any other form of electronic music. That doesn’t mean it can’t function in either of those settings though. Northwest London’s Dark0 proves that squarewave-based instrumental grime can soundtrack a night out with aplomb. It just might be a night where you got entirely too faded. With an ear for early grime producers like Davinchi and Maniac, Dark0 has a keen ear for the canon’s classics, but that’s the point where he stops looking back.

Last year’s Zero mixtape saw him matching classic acapellas with his brightly melodic, synth-focused productions, showings his ability to adapt the old and the new with a refined hip hop aesthetic. 2013 also saw the release of the I Ain’t A Sweet Boy EP, a more concerted effort that added blistering percussion to his shimmering melodic prowess. Last week, the adeptly titled Sin EP hit the streets, Dark0’s biggest release to date, disseminated by the aforementioned Visionist’s Lost Codes imprint. Sin is a large record in more than just its scope, adding a rough hewn amphetamine edge to his already efined template  To celebrate the release, he laced us with a 30 minute mix detailing in blurry cognizance a night out, matching distinctive grime instrumentals with some of the funnest rap tunes to come out in recent years. It’s a fragmented 30 minute journey through Juicy J chant-alongs at the club, bleary-eyed public transpo rides and the eventual attempt to piece together the events of the previous night. In this context, Dark0’s take on melodic grime makes the connection between the before, during and after of the club experience and while the individual components might come off as incomprehensible, the whole makes perfect sense.