Los Angeles’s Maral has spent the past half-decade quietly honing an approach that meshes the latest in club music contortions, a range of pulverized dub effects, and samples from her library of Iranian folk, pop and classical musics. More likely to be found working behind the scenes for local labels and club nights, Maral steps into the spotlight on Mahur Club, highlighting a trans-historical collage technique that emphasizes formal experimentation as much as it does personal history.

Exploring (rhythmic) psychedelia in both concrete and abstract forms, Mahur Club dials in on mashed out versions of Jersey club, reggaeton and dub, nodding to psych rock and trip hop via whirlwind takes on contemporary battle dance genres. Repetition and rapid sample chop are utilized on tracks like “don’t trip on your way down” and “lori lullaby”, pairing familiar dance-floor rhythms with waterlogged Farsi vocals in a sublime vortex of tradition, pop and functionality. 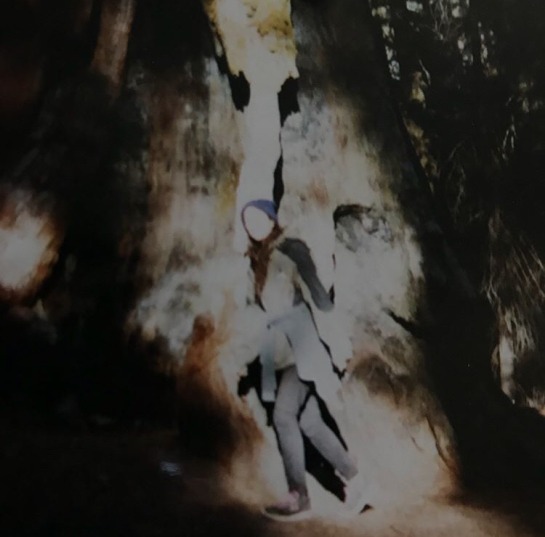 Collage has always been an integral totem of electronic music, forming both the conceptual and stylistic backbone of contemporary DJ culture. Unfortunately, as dance music has professionalized, licensing laws have strengthened and streaming platforms have gained supremacy, much of the transgressive, freewheeling sample culture has been relegated to the periphery. In the techno bro value hierarchy, mediocre original work is often valued more than genuinely innovative collage. That value system bends occasionally when startlingly new work like Lotic’s DAMSEL in DISTRESS mixtape or Maria Chavez’s mutant turntablism comes along, but is largely rigid. Fortunately, artists like Los Angeles’ Maral are embracing collage and elevating into an exciting new realm, matching folk musics with the latest in contemporary club music.

Maral has taken on many roles in Los Angeles’ musical orbit, managing bands, throwing parties, curating mix series, working at big deal independent labels and, of course, plying her trade as one of the city’s most invigorating DJs. Many will know her as one of the driving forces behind SISTER, a collective of women and gender non-comforming people “remedying inequality in our field since 2015.” Her parties, first N:}0 rules, and, most recently, Signal, have hosted both local and international talent, cosistently emphasizing artists who defy convention and breach traditional genre restrictions. Despite putting so  much time, effort and energy into both the local and virtual musical spheres, Maral also finds time to craft a near-constant stream of brilliant edits and collage work, sourcing both Iranian folk and contemporaries songs for some of the most sublimely fucked up sounding club tunes you’re likely to come across.

Past mixes for Miss Modular, SISTER and Truants offer insight into Maral’s field of reference, matching songs from Iranian legend Hayedeh with angular post-punk and banging Jersey Club. Experimenting with distortion and drastic tempo changes, Maral creates new sculptures out of the sonic mash, creating earnest new symbolisms out of dissimilar source material. Her Astral Plane Mix takes a similar tact, full of blown out  and dub-y edits like “lori lullaby” and “coy dub”. The word eccentric hardly means anything in music writing these days, but it’s hard to describe a slowed down, Jersey Club edit of Glen Campbell’s “Guess I’m Dumb” as anything else. Hit the jump for a full track list and download Maral’s Astral Plane Mix here.