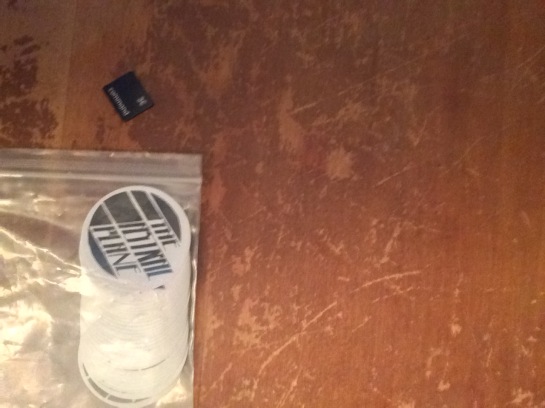 After compiling our favorite club tracks of the year in list form for FACT Magazine, it felt only right to translate the material into its proper context by playing as many of those gems as we could on radio. Our second session for NTS LA slotted in just before the holiday season so we took the opportunity and played out a mixture of favorites from that list, tracks that barely missed the cut and a collection of Astral Plane Recordings specials from the last six months or so. It’s an intense two hours with some genuinely questionable transition decisions, but the pay off is real in a sprint/exhaustion sense. The track list definitely backs that up and traverses from the relative calm of ADR’s “Every Node” on through the melancholic bliss of Soda Plains’ “Rodeo” with favorites from Florentino, Jikuroux, Sylvere and Lanark Artefax that unfortunately didn’t make the final FACT list. Hit the jump for a full track list and download here.

END_OF_DOCUMENT_TOKEN_TO_BE_REPLACED

Earlier this year, London’s NTS Radio celebrated its fifth year in existence, a landmark event for a young organization that has had an indelible impact on electronic music in particular and underground musics in general since it was founded in April 2011. In all likelihood, your favorite artists and labels have had an NTS show at some point in the past half decade and the station’s special programming – rapidly expanding into the live, a/v and performance sectors – is to be lauded. Like most special arts organizations, the people behind NTS are what makes the operation tick, which brings us to Tabitha Thorlu-Bangura, one of NTS’s star employees and one of its many unsung DJ heroes. The TTB show (also her alias while DJing out) runs for an hour every month and is consistently home to some of the best pop ephemera, contemporary folk musics, noisy gems and off-kilter club jams. It’d the sort of show where Terry Riley, Minnie Ripperton and Nidia Minaj share air time, a splatter of sounds that offers no particular preference to era, genre or geography.

Of course, much has been made about the legacy of open format radio in the UK (station founder Femi Adeyemi has even been compared to John Peel), but there are few shows that truly embrace that like TTB, with an ethos that is at once ultra-specific and completely egalitarian, a platform for emerging artists as much as it is a treasure trove of gems from past decades. Tabitha’s Astral Plane mix is an extension of that ethos, avoiding the poles of revivalism and futurism to reach an optimal creative fusion that is truly her own. It’s heady and hazy without genuflecting to much to either sonic niche, a genuinely transportive experience that occasionally erupts into bouts of noise and propulsive club sounds. On November 5, Tabitha is bringing Lechuga Zafiro, Bonaventure and Alx9696 to London, a fittingly eclectic line-up that should have dancers in a state of ecstasy from start to close. If you’re in London, we heavily recommend that night, but the rest of us will have to settle for Astral Plane Mix 127. Hit the jump for an interview with Thorlu-Bangura and a full track list.

END_OF_DOCUMENT_TOKEN_TO_BE_REPLACED

Despite recently signing with London heavyweights Hyperdub, Endgame’s Precious Metals show continues to be one of the best incubators of young talent, featuring everyone from Kamixlo, MM and Rabit to N-Prolenta, Organ Tapes and, recently, Purple Tape Pedigree boss Geng. Usually splitting up the hour slot equitably, Precious Metals is consistently one of the best hours in radio, featuring plenty of forthcoming material and private material from Endgame himself along with the guest sessions that more often than not are must listens. Last week’s show featured French producer Nunu and as per usual it shows off an exciting talent, this time with some forthcoming material on Astral Plane Recordings. Alongside gritty tracks from Exit Sense, Why Be and Lotic, Nunu’s “Punani” sits comfortably in the brooding mix. Look out for more news on “Punani” soon and check out the full show with track list here.