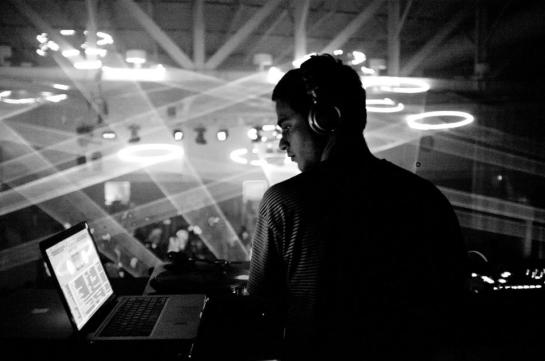 From the Wikipedia entry on Pharrell’s “Frontin'”: “The title refers to putting up a facade (or false ‘front’), typically to impress peers.” Just in case you were confused about your early 2000’s lingo and need some brownie points with the cool kids. The internet is a funny place. Over the next few months, Jaw Jam has tunes coming out on Tuff Wax and Symbols (which makes too much sense), but until then, he’s going to release bootleg after bootleg after bootleg. His latest target is the aforementioned “Frontin'”, one of The Neptunes’ biggest hits at the time and, for better or worse, a pretty damn good indicator of radio hip hop in 2003. Jaw Jam’s bootleg is built around stuttering percussion and those rich, smooth synths that have become his penchant over the past few months. Pharrell’s voice cuts in when the beat stutters, but never really reaches the surface. Jaw Jam is digging out a niche for himself as a sort of house tempo counterpoint to Kastle and Symbols’ R&B laced dubstep. Stream below and show Jaw Jam some love at his facebook page so that he’ll let the download loose.