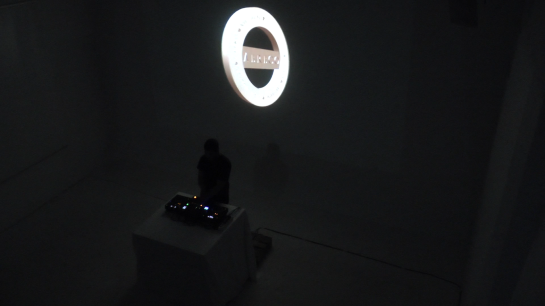 Traditionally a stronghold for house and techno forms, Northern Europe is slowly becoming fertile ground for a wide range of producers mutating Caribbean, South American and West African into their own idiosyncratic aesthetics. Even Scandinavia, hardly thought of an outpost of black or brown culture, is home to several important outposts, all part of an interminable trend that points to the mucking up of monolithic dance forms (for the better). Few individuals have managed to bridge the many gaps between the hegemonic clubs, labels and scenes that striate modern European dance music, but Munich-based artist Mechatok has, somehow, effortlessly infiltrated both worlds. A recent adoptee of Stockholm’s intoxicating Staycore crew (Dinamarca, Ghazal, Toxe, Mobilegirl etc.), Mechatok has developed a remarkable unique sound that touches on many trans-continental motifs, but rarely settles on one consistent groove. Unlike, many of his contemporaries, a Mechatok track often trots along at a leisurely pace, eschewing snares almost entirely and never giving in to an ad lib-heavy approach.

Often sitting around 120 BPM, Mechatok bases many tracks around rhythms like the tresillo and often utilizes round, wooden-sounding percussion, a welcome change from the metallic soundscapes that dominate contemporary club music. That isn’t to say that tracks like “Regio” and “Gulf Area” aren’t machinic, just that Mechatok’s sound palette offers a welcome reprieve from the monotony that marks much of the material we come across. It’s an aesthetic that can already be described as distinctly his own and one that has garnered the attention of Munich’s Public Possession, better known for Balearic-tinged releases from Bell Towers, Samo DJ and Tambien, who will release his debut later this year. Several of the tracks from that release can be found in Mechatok’s excellent Astral Plane mix, an original-heavy 30 minutes that goes a long to explaining how both he has managed to entrance figures as disparate as PP label heads Marvin & Valentino and Mssingno. Moving at a breakneck pace, the mix weaves through gqom, weirdo rap from Haleek Maul and Young Thug, implacable chants and a bevy of Mechatok originals, rarely sitting down long enough for the listener to feel comfortable, but always retaining enough percussive thrust to keep the body moving. Along with the aforementioned Public Possession release, expect plenty more to come on the release front from this promising young talent who seems to be bridging just about every sound, scene and movement we currently enjoy.