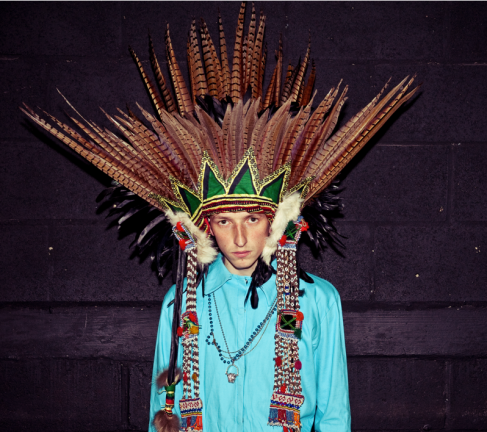 I had the pleasure of seeing Teed perform his full live set in December at the Fonda Theatre, and it was a mind-bending, immensely pleasurable experience.  Orlando’s musical stylings are  deeply nuanced, technically perfect and huge, but also accessible as pop songs.  This quality shines through on a  healthy snippet of a  remix of Foals’ “My Number” (available to stream below, the only release info given being “Out Soon x”).  I really like talking about songs, but I feel I don’t need to on this joint; its worth is rather self evident. Enjoy, and maybe get up and dance a little 😉

Over the past week or so, everyone and their mother have begun posting year end lists in one form or another. While perusing these song/album/mixtape/EP/single/live show/remixes/album art/video/DMX moment lists, you’ll probably come to the realization that you disagree with 90% of them and feel the urge to leave a vindictive comment on one article or another noting the surfeit of fecal matter spewing out of writer A or blogger B’s mouth cavity. First of all, resist the urge. Year end lists are silly and pointless, but they are someone else’s opinion. Anyways, we will not be writing any year end lists,  because of the aforementioned clusterfuck that has already ensued. We will post a (brief) roundup of general shit we’ve enjoyed this year and maybe link to some other lists that are prescient or that mirror what we enjoy to a certain extent, but probably not. We have a bunch of amazing sounds for you this week, including Benjha’s brilliant “Flight Simulator, so maybe you should just hit the jump and enjoy some positive music. Maybe fanute around your room to it. You know we will. Just don’t think about lists.

END_OF_DOCUMENT_TOKEN_TO_BE_REPLACED

Photo courtesy of The FADER

Lunice and Orlando Higginbottom, stage name Totally Enormous Extinct Dinosaurs, are two of my favorite characters in music. Not necessarily favorite artists, but when it comes to antics and eccentric personalities, few top these dudes on the intrigue scale. It’s no surprise then that Lunice’s take on Higginbottom’s “Trouble” is also a load of fun. The remix actually falls on the low-key side of each artist’s production dichotomy, but Lunice’s airy synths and sharp drum hits are exactly what the doctor ordered for a lazy long weekend. Stream and download below.

Back in Week 3 of Sounds From The Astral Plane, we brought you a three-minute preview of Oxford electro DJ Totally Enormous Extinct Dinosaurs‘ feel-good single, “Tapes & Money.” The original track is not set to be released until Monday, but mysterious Spanish house producer John Talabot seems to have gotten his hands on it. The result is a trance-like, dreamy, and perfectly repetitive track that trades the original song’s heavier bass for more complex rhythms. Check it out here:

Back with the third installment of “Sounds From The Astral Plane.” We missed last week, but we’re back to satiate your thirst for the best tunes from the independent/underground worlds. Enjoy.

First off, we have a preview of the brand new single by everyones favorite Jurassic raver, Totally Enormous Extinct Dinosaurs. The track, titled “Tapes & Money” will not not be released for another two months, but this three minute preview will have to do for now. The Oxford native turns in another solid effort here with another feel good track with some bouncy synth stabs and a catchy chord progression. “Tapes & Money” will be released in April followed by TEED’s debut album in May.

Friends of Friends label mates Shlohmo and Salva team up for this remix in anticipation of their upcoming European tour and the Tuesday release of Shlohmo’s Vacation EP. Here, Salva takes the ultra-smooth, meandering “wen uuu” and turns it a completely different animal. Maintaining the pitter patter sounds and the chopped vocals, Salva adds a nice kick and some futuristic synths to create an uptempo banger. Cop Vacation on Tuesday and check out Salva or Shlohmo on tour if you’re in the EU.

Amid all the hype surrounding D’Angelo’s return from his decade long absence, a bevy of remixes from across the electric music spectrum have started popping up. My favorite so far has to be from the Night Slugs head honcho himself, L-Vis 1990. L-Vis takes D’Angelo’s “Untitled” and turns it into a subtle house track.

JJ DOOM is the collaboration between experimental hip hop producer Jneiro Jarel and the legendary MF Doom. Several months ago, Dave Sitek released a remix to the duos track “Rhymin Slang” and set the indie and hip hop world ablaze. Now, Grime MC Dels has added a verse to the track to add another dimension to an already hot song.