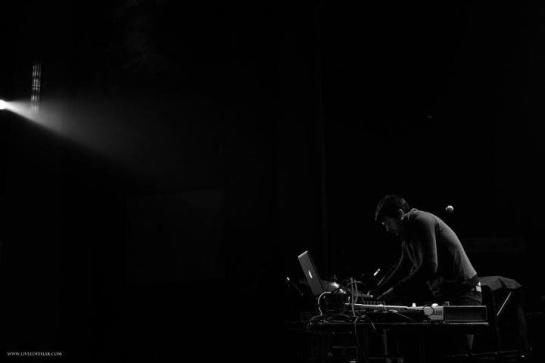 Three weeks ago, the Sasquatch Music Festival lineup was released to much fanfare. Like all festivals, some hated the lineup while others loved it. For the more levelheaded, it appears to be a very balanced lineup with a deep undercard. From here on out we will be underscoring how great the undercard is by writing about a new Sasquatch artist every week. Beyond delving into each artist’s bio, sound, etc., we will attempt to give some insight into what will make their performance at Sasquatch, a truly unique festival, so amazing.

So far in our Sasquatch artist previews, we have unintentionally covered solely artists that will be performing in the Banana Shack aka the Dance Tent. While this blog does trend towards the electronic and hip hop side of the musical spectrum, our goal is not to hem ourselves into any genre boundaries. Again, this week, we are covering an artist performing in the Banana Shack. Also again, this week’s artist, Little People, does not fit into the traditional confines of a dance act. Our first two artists, Com Truise and Tycho, plie their trade for Ghostly International, but our love affair for the label ends here.

Little People aka Laurent Clerc is a Swiss artist by way of London. Clerc is one of the few artists who have managed to stay under the radar, although he has built a following through untraditional means. Clerc released his first album in 2006, titled Mickey Mouse Operation, but has stayed relatively silent since its release. Rarely agreeing to participating in interviews (I only managed to unearth one) and only sporadically releasing material, Clerc has instead gained a following through listeners discovering his music on iTunes and internet-radio station Pandora. Since Mickey Mouse Operation‘s release, the album has steadily risen up the iTunes electronic charts and Clerc’s profile has risen accordingly.

Over the past year or so, Clerc has began to tour, most recently supporting Emancipator on his Winter tour, as well a stops at Re:Generation Festival and several other US tour dates. Clerc’s slow acceptance of the spotlight, along with the rise in popularity of his debut album, appears to be in anticipation of his second album, set to drop this Spring.

It is difficult to judge Clerc’s sound, as he has stated that he wants to move away from the sample based trip-hop sound that dominated his debut and move towards a more organic sound. Mickey Mouse Operation ranged from Emancipator-esque orchestral pieces dominated by strings and dusty percussion to more repetitive, hip hop oriented beats. Emancipator is a good comparison for Little People’s debut, but so is Endtroducing era DJ Shadow. In my opinion, no instrumental album will ever touch Endtroducing in terms of innovation and technical proficiency, but Shadow’s fingers are all over Clerc’s debut.

Little People will most likely have a late afternoon set in the Banana Shack after the house DJ performs (DJ Anjali was great last year), and barring a massive popular breakthrough in the coming months, will be playing for a pretty sparse crowd. Despite this, Clerc will undoubtedly put on an excellent show, and will serve as a nice break to the ravey-er dance acts that will dominate the Shack.