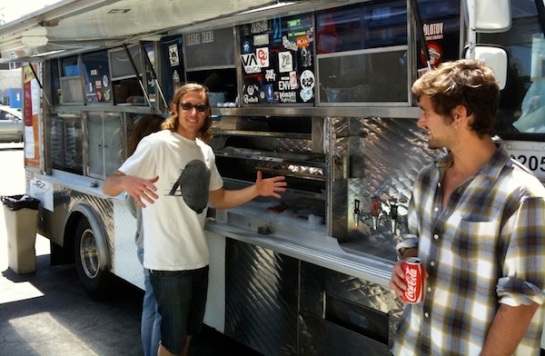 Photo courtesy of The Brand Scientist

Prominently placed in the description area of Julian Smith aka Don Froth’s Soundcloud are lyrics from noted bucolic and hippy movement folk hero Eden Ahbez’s “Full Moon”.  The song is about the moon, the sea and the beach, but mostly about a removal from the constraints of time and a sense of being free. It’s also about everlasting change, be it personal, physical or otherwise. That last point, of everlasting change, is the most intriguing factor in Froth’s music. Like Ahbez, Froth is from Los Angeles, although he has spent long periods of time in San Diego and England. Through several EP’s, Froth has refused to stick to one genre or sound palette, preferring to jump around, a feat he usually achieves effortlessly. Froth’s next EP, REflex, will be released on December 11 via New York home of all things delightfully weird and out of whack UNO. If “VAP” is any indicator of what REflex will sound like, then the EP will be one of the most exhilarating listening experiences of 2012, full of futuristic production flairs and rhythms grounded in classic 90’s garage. Lasers, apogeic synths and repetitive vocals nested deep in the mix abound as the track mutates from space ship hip hop to percussion driven garage. Stream and download below and grab REflex on the 11th.