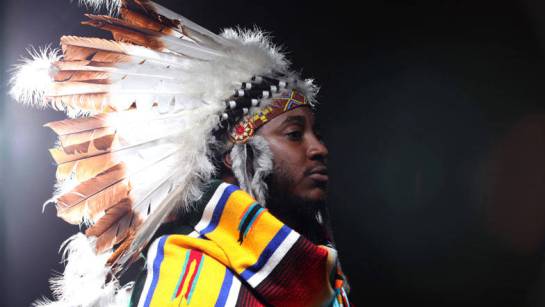 After we heard prolific Brainfeeder bass embassador Thundercat’s debut album, The Golden Age of the Apocalypse, it was safe to assume that the creative relationship between Flying Lotus and Thundercat would be one of the most productive and important collaborations of this decade. Yes, Stephen Bruner aka Thundercat has only released one album, but his bass work has been present in Flying Lotus’ music since the mind-blowing and critically acclaimed Cosmogramma, where his free jazz sensibilities created some of the most transcendent moments on the LP. Beyond that, the two have proven to possess crazy experimental boundary-pushing tendencies, a crystal clear collaborative vision, and a bountiful friendship. Because of this, their true promise is in the music they have yet to release, perhaps the music on Thundercat’s sophomore LP, The Apocalypse, which was announced this week, along with the first single, “Heartbreaks + Setbacks”.

Bruner’s music has always been emotional, but in the past it has felt like the emotion was trying to reach you from behind the smoke of indulgent free jazz, or through the frenzy of Bruner’s bass shredding. Here Lotus and Thundercat have tried something different. The emotion touches you. It arrests you for three minutes and twenty-three seconds and then lets you go. The pure emotion succeeds this time with the accessibility of the song, no doubt. It’s still got the snappy rawness of a Thundercat cut, but gone are the jazz fusion chord acrobatics, wonky drum patterns, and space station bleeps. You’re still riding high, but you’re in the clouds, feeling the wind, a little closer to earth. Mono/Poly also has a production credit on “Heartbreaks + Setbacks” and my guess is that he’s lent his ethereal production chops to the atmosphere, the clear, bright drums and that insistent synth line that feels like the a sonic embodiment of the iconic Brainfeeder spark. Thundercat’s vocal and songwriting performance is not without its setbacks, as some of the pop style phrasing sounds forced (as one user so aptly pointed out in the comments, “can’t nobody stop the juice so baby tell me what’s the use?”). Yes, it sounds a bit reminiscent of the radio in the early 2000s, but not distractingly so and perhaps to its benefit. Beyond its emotive qualities and Bruner’s clear technical skill, this is the most commercially viable music the duo has released to date.

The Apocalyse is out on Brainfeeder this July 9th.