Today marks the release of Berkeley rapper Rexx Life Raj’s Godspeed mixtape, an eclectic collection of tracks that draw from the Bay Area’s rich musical history as well as more national sounds. Earlier this week, we were lucky enough to sit down with Rexx (birth name Faraji Wright) and dish on Berkeley High School, James Blake and his former life as a Boise State football player. Read on to get the inside scoop on one of the most exciting young rappers on the West Coast and download Godspeed below…

Hit the jump to read the full interview…

What’s good Faraji, what have you been up to lately?

I’ve been good, just working. Been working on that Godspeed project. Got it wrapped up a couple weeks ago. That’s about it. Just doing a lot of music man.

Can you introduce yourself to our readers? Where you’re from, your background, etc.?

Rexx Life Raj from Berkeley, California. I’ve been doing music since forever. Then I went off to college so music wasn’t really a priority. I was playing [foot]ball. Played for Boise State. Came back. Got back around January and since I’ve been back it’s been pedal to the metal, all music.

Did you grow up in a musical family?

Absolutely man. My family actually used to travel around the Bay Area and sing gospel. They were known as the Marshall Family Quartet and they went around and sang a lot of different churches so I have a big gospel influence.

Did you always want to be a rapper growing up?

How has Berkeley and the Bay Area in general influenced your sound?

It’s so diverse and you get so much of everything out here. When it comes to rap and hip hop there’s so much style in the Bay. People have so much swag and charisma when they rap. We’re known for the party and the club songs, but we got people out here with bars that are really spittin’. You might not hear a lot about them, but they out here. The culture is crazy. So many different types of people with so many influences.

Do you think growing up in the Bay has given you an advantage over artists from other regions?

I don’t know. I feel like you can find talent anywhere, honestly. I guess you could say that, but I think you can find it anywhere, especially with the Internet.  You can be influenced by anything at any time.

A lot of people point to Berkeley in particular as being an incubator of talent. What was it like to go to Berkeley High School?

I feel like Berkeley High might have been dopest high school in America, honestly! It was so dope. Like I said, it’s diverse, so many different types of people. A lot of dope talent in particular so it was cool being surrounded by that. Like man, knowing that where I’m from, people are actually out doing something, people are creative. It’s a good feeling.

What type of music do you listen to on a daily basis, hip hop or otherwise? 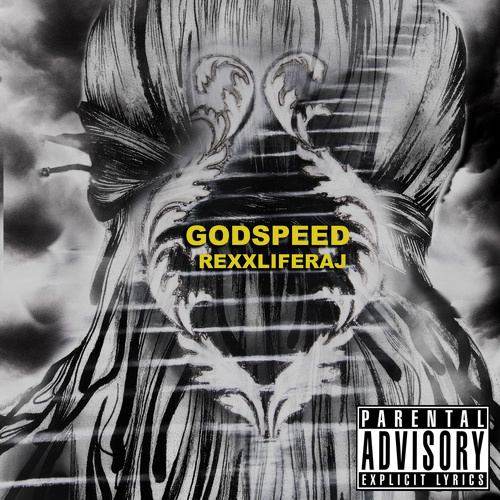 That’s interesting that you mention Kid Cudi and Kevin Gates, because you definitely utilize a similar singsong flow.

Definitely. That’s what I like in rap. People singing definitely catches my ear ‘cus I’m that kind of guy.

What inspires you outside the world of music?

Oh man, I’m inspired by a lot of stuff. I’m inspired by people who chase their dreams. I got a bunch of friends who are in the NFL right now who I played with in college. I get a lot inspiration from those guys, because that’s something where you really have to put in work. Nothing’s going to be handed to you. You have to go in every day and grind to get a spot on the team.

Did you ever have NFL aspirations?

You use a few lines from Mac Dre’s “Feelin Myself” on your track “Mexican Mafia”. What does Mac Dre mean to you?

Mac Dre, to me, was the most influential dude to ever come out of the Bay Area. If you listen to a lot of my older raps, when I real young, I tried to sound like Dre a lot. I feel like Dre was so raw, because you had his own style. It was so rare. Only Dre could pull his style off, it was so him. The whole movement was dope!

What do you tell people from outside the Bay and Berkeley about local party culture?

It’s a group of dope-ass people who don’t give a fuck. They like to have fun and go dumb and that’s what it’s about! I don’t know if they understand it, but that’s the basis (laughs).

Your music walks the line between street-oriented rap and radio friendly stuff. Do you aspire to be a pop star and get your music on the radio or would you prefer to lay low?

What do you like to do when you’re not making music?

I like to play sports, you know stay active. Play a little hoop, I think I’m cool at hoop! I’m kind burned out on football right now, because I’ve played a lot. Man just chilling though, I don’t like to do too much. There’s been a lot of music lately!

You’ve worked a lot with Bust It Benny and he’s produced a lot of your music to date. Do you record with him in the studio or does he just send you beats?

He’s actually the engineer so everything on this project [Godspeed] he’s mixed and mastered except for one track. He’s in there; it’s me and him. Most of what we do is bounce ideas off of each other. He’ll throw me something to write about and I’ll give him ideas for beats. It’s a really collaborative process and he’s always with me.

Are there any artists you’re dying to work with? A particular dream collaboration?

Your mixtape Godspeed comes out today. Is there a specific concept behind the tape?

There really isn’t a concept. It was mostly just me and Ben doing tracks for months. We had 50 or 60 tracks and it got to a point where we had to come up with our best work. I gave it the name Godspeed, because, you know, the definition of “god speed” is blessings on your journey or whatever. I view this as the beginning of my journey and that’s where it came from.

How long were you working on the tape?

I got back from school in January and Ben got back in March so around then. Like I said, we really had no aim at first. It was the first time we were really sitting together doing hella music. That’s why we have so many tracks now.

It depends. The majority of the time, Ben will send me a beat and I’ll write to it at the crib or start writing in the car, then get to the studio and write more. There are songs on the tape that I’ve done solely at the studio. There are songs on the tape that are all freestyle. I can’t really explain it, but the beat really does something to me. Some beats, it just comes immediately, like bam I know what I’m going to write about. For others beats though, I got a sit for a couple days. It all depends on the beat.

What do you have in store after the mixtape drops? In the coming weeks and months?

We just doing a lot of promo stuff. Dropping another video for this tapes, shows and everything. Then working on the next tape!