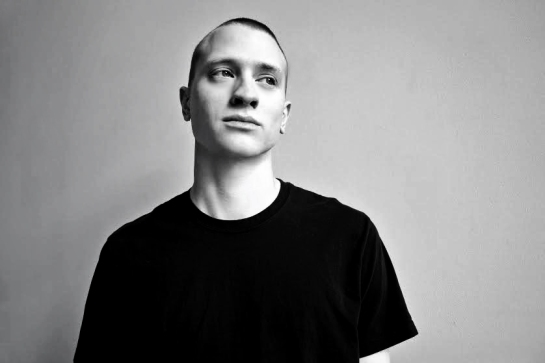 The role of manipulation in DJing and dance music in general has always been misunderstood. Whether critics are deriding what they deem malicious sampling, trite looping, or overweening effects usage, the technological maneuvering inherent in both “playing out” and production is oft-confused with sloth, unnecessary spectacle, or, worse, lack of musical ability. Regardless of outside opinion though, the rise of CDJ DJing and, to a lesser extent, controller usage has created a world wherein the manipulation of technology is not only a useful tool, but a necessary, oft-fruitful means of re-contextualizing the music being played out and separating oneself from the ever-growing mass of disc jockeys. Which is not to say that DJs and producers have only recently begun to manipulate “sounds” in a novel manner; on the contrary, it’s an indelible part of dance music history. In recent years though, manipulation has taken on a somewhat meta quality in certain circles with DJs making alterations (pitch/speed being a favorite) to songs that would never be described as far from their purview. This form of manipulation is not novel in the chopping-up-an-obscure-Balinese-psych-rock-sample fashion, or drawing-unconventional-sounds-out-of-a-conventional-machine lineage, but rather in the micro-level, re-contextualization of contemporary sounds.

I’m thinking particularly of Shlohmo‘s Resident Advisor mix, Dubbel Dutch‘s Slow Club mix and Hesk‘s Take It Slow Vol. 1 & 2, which slow/screw big room house, Jersey club and footwork respectively. Each mix is awkward, distended even, at times, but offer a slightly tongue in cheek “outsider” representation of each respective genre involved. Out of the trio, Hesk’s efforts are easily the most manageable, the screwed footwork rhythms fluctuating between swimming low-end punctuated by otherworldly arrangements and edits that could have just as easily been intended for an early-aughts garage set. It’s confounding how a set of high speed, mid-2000s rap sampling tracks could be re-interpreted as sex-driven late night club jams and Hesk’s work deserves its plaudits.

Around a year after the release of Take It Slow Vol. 1 and Montreal’s Hesk has revised the sensibility expounded on the tape in the form of his new alias: 6MAKA6. If the Three 6 Mafia and Snoop Dogg samples were removed from the picture and the thumping, drum-heavy carcasses of screwed footwork left intact, the result would be exactly the sort of progressive, machine-led manipulation oft-derided by the unfamiliar. The screwed footwork also plays a fascinating historical role, illuminating the pathway from ghetto house to juke to modern footwork. The canny vocal repetition and space-filling claps are easily recognizable to any Dance Mania disciple and while much ink has been spilled on the lineage, audial examples are far more incisive. As 6MAKA6, Hesk has taken that lineage and dumped it on its head, melding the raw spirit of analogue techno with the roguishness of ghetto house and the braggadocio of Jersey club. With only a few songs to nom de guerre so far, it’s already apparent that Hesk’s latest venture is his most utilitarian, a refined sound meant for making bodies (every body) gyrate on the dancefloor. 6MAKA6 is also Hesk’s most overtly technological project to date, involving metallic percussion and factory sounds into the stripped-down melange of songs like “Helium and “Clap Backk (Clap For Me)”. Like many other producers making “drum trax” these days, Hesk isn’t beholden to any one genre or sound, just a ruthless demand for dancefloor efficacy. A slowed version of DJ Rashad’s seminal “Ghost” ends his Astra Plane mix and while the disorienting calm that ensues belies the hectic-nature of the 30 minute mix, the totemic intention is clear.

James Nasty – Them Do It Horns