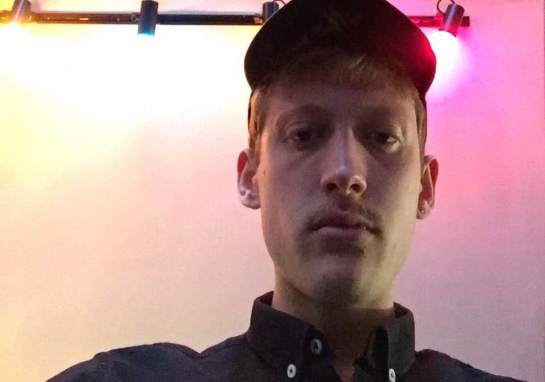 New York has long been a key cog in the world of Caribbean music and for the better part of the last decade, Mixpak has created a firm foundation for the more electronic-focused strains of dancehall, soca and beyond. With Mixpak and their accompanying studio playing a key roll, New York is now home to a range of aspiring artists, producers and parties pushing the more eclectic, digital side of the dancehall spectrum and drawing increasingly important lines between UK forms like garage, bassline and grime, as well Jersey club and other American dance forms. Orlando Volcano is a relative newcomer in this world, but through his own productions and efforts for Escape From Nature, the label he founded in 2015, the Brooklyn-based artist has already begun to make an impact, pushing a jagged take on dancehall, grime & R&B across his solo work and a collaborative single with fellow New Yorker Copout.

With the likes of Wildlife!, Smutlee, Samrai, Ynfynyt Scroll and Murlo forming a global net of connections and contemporaries, Volcano’s work feels right home in the extended dancehall-grime spectrum and while he’s covered an even wider swath of territory in the past, even collaborating with house maestro Octa Octa, the sounds of Kingston and London are where he seems to feel most at home. Recent partnerships as Shine & Criss (with The Large) and The Onda Group (with Ynfynyt Scroll, NAR, HD and The Large) have cemented Volcano’s relationship with Caribbean musics, the former a high promise DJ partnership and the latter a dancehall and reggaeton party and DJ collective. Having spent the past few years experimenting and expanding, it feels like Volcano has found his niche and his Astral Plane mix only solidifies that sentiment, a rolling collection of original compositions, bootlegs and tuff vocals from Riko Dan, Ding Dong, Vybz Kartel and beyond. With New York-based AceMo, Copout, Tygapaw and Ynfynyt Scroll showing up in the the track list, the mix functions as a nice paean to Volcano’s adopted city, simultaneously flexing the more roots-y side and digi-grimey side of his aesthetic. Check out the track list after the jump and be sure to follow Shine & Criss and The Onda Group for updates on those respective projects.