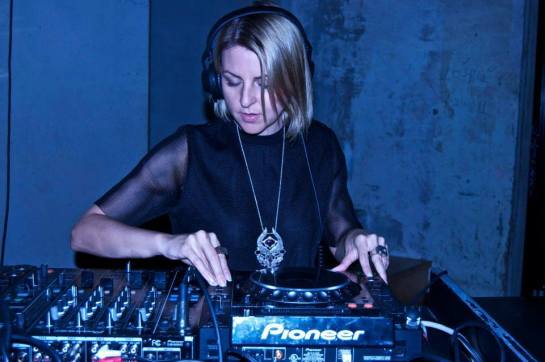 A resident at Los Angeles’ Cybersonic night, Sha Sha Kimbo has been making waves in the Southern California club scene for the past few years, showing off a chameleonic ability to work a huge range of material into her high-energy DJ sets. As a producer, Sha Sha has shown an impressive work rate, releasing singles and remixes on a seemingly weekly basis and constantly refining a sound that borrows as much from LA rap’s 100 BPM bounce as it does grime, jungle, footwork and Atlantic club forms. Enlisted by Prague-based label Meanbucket, Sha Sha’s latest remix work tackles Nobel and DJ Tuco’s “Hamco”, working out the prickly original’s squeaky vocal sample and menacing bassline into a heavy hitting piece of four-on-the-floor 130 rollage. Like most of the Los Angeles producer’s work, the remix is aimed squarely at the dancefloor and is centered around an indomitable groove, ready made for immediate club play. The remix will appear on Nobel and DJ Tuco’s forthcoming Hamco / Scr33nshot single, which also features a remix from Ase Manual and is out July 12 on Meanbucket.