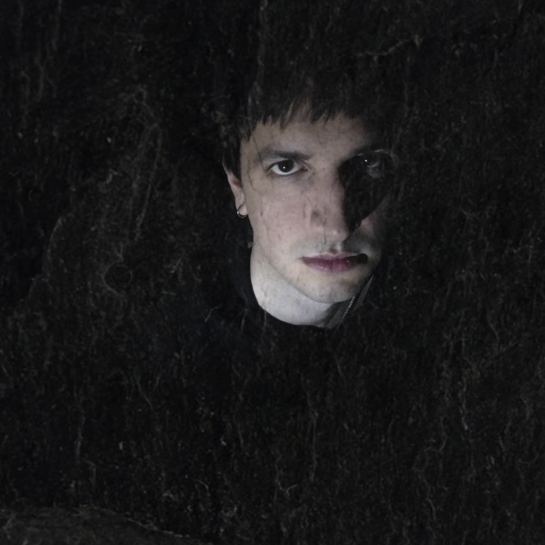 Hardcore tropes have become prevalent in niche dance music circles in recent years, both as overt sonic references and more subtle aesthetic predilections. DJs, both in the trad techno sphere and more collage-focused online space, are more willing to play speed-y, intense tacks and a general willingness to embrace the frenetic pace of everything from jungle to hardstyle seems to be taking over. Milan’s Nahshi is one particular voice filtering a particular node of hardcore, Italy’s Lento Violento, into his work, matching contemporary reference points with slowstyle structures. Pioneered by Gigi D’Agostino, Lento Violento reached its heyday in the late 2000s and isn’t exactly an active scene anymore, but artists like Nahshi, DJ Caesar and Vipra have begun reinvigorating the sound and creating bridges with other full-frontal sounds in the 100 BPM range.

Prior to fully embracing Lento Violento in his own production work, Nahshi experimented across a number of rhythmic structures, infusing baile funk, dembow and kizomba with hyper-polished synth work. Recent tracks for Ashida Park and Country Music respectively, as well as a series of self-released edits and originals, have seen the Italian artist wholeheartedly embrace slowstyle as his main focus, showing off a keen ability to twist the processional march of the sound into bizarre new forms. “LL/VV” and “Decelera” in particular infuse a piston-driven potency to the form, moving from D’Agostino’s carnivalesque predilections towards something far more bleak and destructive.

Heavily featuring his own solo productions, Nahshi’s entry for Astral Plane Mix 187 is a concise run through recent Lento Violento sounds with several throwbacks included for good measure. Contemporaries DJ Caeser and DJ Miranthony contribute key tracks to the selection, which proceeds at a remarkably consistent pace, a constant battering of dragged out kicks and high tension stabs. With so many artists aiming for hybrid sounds, the focused quality of Nahshi’s recent work comes as a breath of fresh air. Hit the jump for a full track list and download AP Mix 187 here.