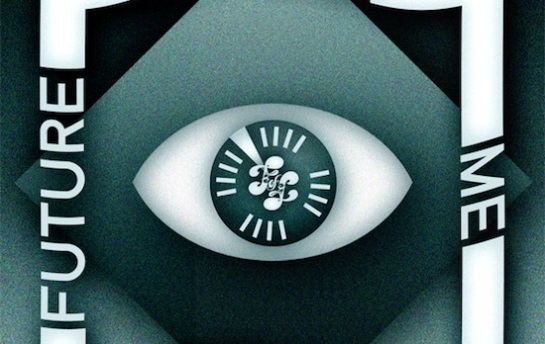 Never ones to dwell on the past for too long, Los Angeles based imprint Friends of Friends have kicked off 2012 in proper form with the seven track Show Me The Future compilation. We’ve already posted the Ryan Hemsworth and DJAO (both former Astral Plane interviewees!) contributions, but the remaining five joints are brimming with quality and shed quite a bit of light onto what FoF will be bringing to the table in the coming year. In the coming months, Lazy Brow and crew will hit the world with new material from new and old members of the crew including a new Shlohmo EP (!!!) and Evenings’ debut for the imprint. For now, enjoy the sublime nocturnal vibes of Smpl, the Final Fantasy-sampling Hemsworth and Dreams’ sweaty/sexy garage riddim. The tape sounds like nothing FoF has released to this point, which is exactly its purpose and whether or not you believe these to be the sounds of the future, they’re certainly thought provoking in the best possible way. Stream and download Show Me The Future below.

Dropping Gems mainstay and Astral Plane favorite DJAO looks primed to have a breakout 2013 starting immediately. On January 16, label of the moment Friends of Friends will release the Show Me The Future compilation featuring tracks from AO, Kid Smpl, Evenings, Ryan Hemsworth and more. There isn’t a truer bet in this fucking industry than FoF so you know the final product will be tip top, but in the meantime you can stream AO’s contribution below. If you’re familiar with the Seattle native’s  past work with Dropping Gems, the effervescent “Time To Stop Waiting” will come as no surprise, but for the uninitiated, ready yourself for full immersion into AO’s underwater universe. More beat-oriented than the Wuhn EP, “Time To Stop Waiting” combines understated wailing vocals and slightly clipped percussion into a simple progression with hypnotic effects. We couldn’t be happier that AO is finally getting his proper due and FoF is the perfect place for that to happen. Stream below and look out for Show Me The Future on the 16th.

It has been far too long since we’ve posted a screw tape so sit down with a double cup and indulge with me. You know the deal.  Dropping Gems representative Citymouth has jumpstarted a tape series called Any Octave featuring screwed/chopped/slopped/wetted/spyked/psyched tunes that all probably fall under the broad “purple” category. The first tape features Citymouth himself and Seattle’s own DJAO. It’s difficult to pick out what Citymouth plays, but you can peep the individual DJAO screwmixes, including takes on Flying Lotus, Cooly G, Baths and Grimes, over here. If you’re in the Portland area next week, be sure to catch a special late-night screwset from DJAO. Stream and download (name your price) below.

Remix albums generally follow a pretty standard formula: enlist like-minded producers (and maybe one or two odd balls) to riff off of concepts devised on the original EP. Alex Ruder and Kid Smpl take a different approach on the newly released Dope Pac SE, the second release on Ruder’s Hush Hush Records. Grabbing talent from literally across the globe, the EP is an across the spectrum exhibition in exercising the Night Bus sound. Bay Area native 88:88 flips “Relief” into a club track, properly suited for some dank underground dancefloor filled with paranoiacs. Seattle’s own DJAO (of Dropping Gems) also takes on “Relief”, first mutating it into his own version of Night Bus, that is until the percussion mounts into one of AO’s most captivating rhythms yet. The tape is a look into the multiple ways that Kid Smpl’s music can be mutated into different forms by producer’s that align themselves with Hush Hush and Night Bus (Anthony Elect has a release on Hush Hush coming out late 2012/early 2013), as well as producers who come from entirely different spheres of influence. The EP is free so you have no excuse  not to grab it.

If you’ve been following us for awhile now you will certainly recognize our gushing love for the Dropping Gems label. We recently did an in-depth interview with label head, Aaron Meola, and DJAO from the collective. You can check out the interview here if you missed it. Besides learning the ins and outs of running a label, we also inquired about DJAO’s production process. Like magic, the Seattle producer just posted a new track to his soundcloud, a remix of Devonwho’s “Strangebrew” off of his most recent effort, Perfect Strangers Vol. 1. DJAO keeps true to the original and capitalizes by adding his own crisply tuned bubbling sounds… then the bassline comes in. The track is topped off with what sounds like a space-age xylophone to add some more lush vibes. Stream the track below off of his Soundcloud and be sure to check out the rest of his tracks on the page.

Catch the original tune below

If you follow major media outlets, electronic dance music is all the rage nowadays. It has all the makings of a major news story: money, fame, drugs and overblown egos. Up here in the Pacific Northwest though, we have our own spirit of electronic music spearheaded by the Dropping Gems collective/label/production company. Made up of 10 artists/groups spread from Portland to Seattle, DG is one of the foremost purveyors in forward thinking electronic music, not just in the Northwest, or on the West Coast, but across the globe. For those of you unacquainted to the DG sound, you can check out (and download) the impeccable Gem Drops and Gem Drops 2 compilations.

We were lucky enough to have a conversation with label head Aaron Meola and Seattle-based DJAO about a wide range of topics. We spoke on DG’s DIY ethos, electronic music as an innovating force, psychedelia and more. We learned that DG is a tight knit community of artists with an admirable, envelope pushing mindset regarding performance, community in music and friendship. Catch the whole interview after the jump. It’s well worth your time to dig into the minds of two of the most interesting figures in music.