Over the past few months, Leeds-based producer/DJ Jamie Grind has entered our consciousness and captivated it with his brilliant take on traditional garage. Of course, Grind has been around for longer than that and has been rotating between Leeds, Manchester and London, leading club nights and remixing the likes of Hackman and Rude Kid. Back in February, we caught up with Jamie via Skype and spoke on his past life as an MC, grindcore and how he defines his music. Expect to hear a lot more from this guy in the future.

What’s up Jamie, how’s life in London treating you?

I’m actually living back in Leeds now. I was living in London for a while, then Manchester, and now I’m back in Leeds. I move around a lot!

Are you still working with Modulate?

Nope. We only did Modulate for a few months – I had too many other commitments to be running a monthly club night to be honest.

Can you give a brief background to who you are, where you’re from and where the “Grind” part of your name comes from?

Grew up in a small council house in Leeds. Wanted to be an actor – then realised at 16 that I didn’t. Formed some trashy ‘grindcore’ bands and got the nickname Jamie Grind – which just kind of stuck. Dropped out of college, worked some shitty jobs. Tried a few other musical projects to limited success. Started freaking out a bit. Discovered the DMZ raves at the West Indian Centre in Leeds and started making tunes. Got a couple of decent jobs in the digital industry. Started playing gigs as Jamie Grind. Moved to London. Moved around a bit more, and somehow found my way back to Leeds. And that’s pretty much my life up to now.

Stream: Jamie Grind – “Something You Should Know”

Hit the jump to read the full interview…

END_OF_DOCUMENT_TOKEN_TO_BE_REPLACED 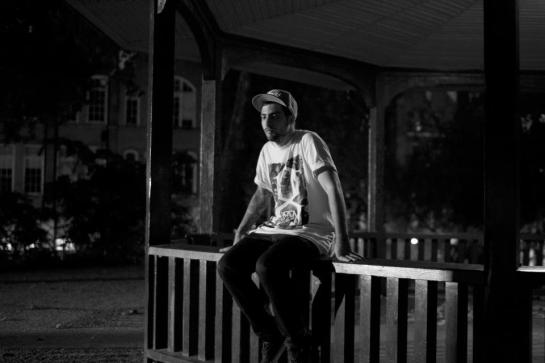 With an EP coming out in the coming months, Leeds-based producer Jamie Grind let loose “Something You Should Know”, a bright piece of technically proficient garage. In the past, Grind has dabbled in house and dubstep (as well as some hip hop MCing), but his recent work seems to be trending more towards early-aughts garage and “Something You Should Know” falls in line with that. Melding the R&B leanings of pop-oriented artists like Craig David and even Disclosure, Grind doesn’t skip on the sensuality and really put his best forward with this effort. Not sure if “Something You Should Know” will appear on the yet be titled upcoming EP, but it’s quite a one off regardless.

Jamie Grind is from the far North of England, but you wouldn’t know it on first listen. While he now resides in London, the Leeds-native produces upbeat garage-informed music that belies his bleak surroundings. Grind achieves achy euphoria via a less is more production philosophy that emphasizes the most important facet of each and every track. On Grind’s remix of Thieves’ “Dilate”, that facet is the infectiously bouncy bassline. Instead of immersing it in a malaise of chopped vocals and shuffling percussion like the original (a fine track in its own right), Grind isolates the phonk and brings it out for maximum effectivity. At several points throughout the track, Grind entirely isolates the bassline, leaving just a single squiggly line of the track’s various vocal, percussion and synth arrangements left. The uplifting pads certainly aid the euphoria, but it’s that damn bounce that really gets you. Stream below and head over to XLR8R for a free download.