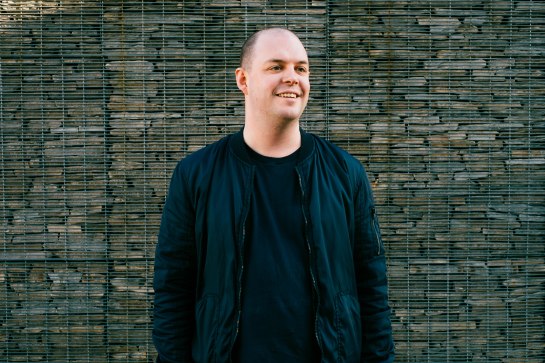 Coming off the release of the breathtaking Gold & Featherwork EP on Local Action, Shriekin is back with Red Beach, this time on Bristol outlet Blacklink Sound. Meanwhile, Slackk has been lighting the world on fire, releasing the Backwards Light EP on R&S earlier this year and continuing to do work as a key member of the Boxed collective, all while maintaining a presence as something of a grime historian and keeping younger producers in check. On August 3, Blacklink Sound will release Red Beach and, fortunately, Slackk stepped in to remix Shriekin’s “Too Right”, a masterful piece of organized chaos that matches the Irish producer’s love for widescreen orchestral flair and a mean streak of bass bin rattling pulses and rearing square waves. Slackk pares the track down to a slightly more consumable size, adding a blocky, clanging kick pattern and an overlay of mesmerizing synth work. Blacklink Sound has done an excellent job of pushing younger producers to date and it’s a pleasure to see a more established, genre redefining name like Slackk attached to this project. Be sure to pre-order Red Beach here and get a free poster by ordering directly through Blacklink. 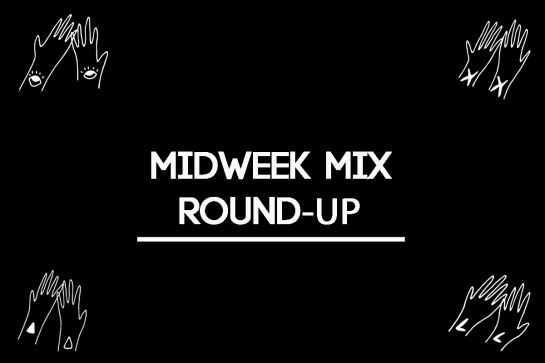 Inspirational mixes from the past week that deserve to reverberate beyond our “office”.

Whenever DJ Slimzee or Slackk take to the NTS airwaves, the listener is sure to receive a number of cracking exclusives, dubs and deep cuts from the annals of grime past and present. Last week, the two joined forces for a special, guest heavy four hour special featuring Logos, Murlo, Trends, Oil Gang, Spooky and a brief appearance from man of the moment Mumdance who shows up just to play a Riko Dan-assisted version of “Take Time”. Astonishingly, 17 new JT The Goon tracks are rinsed and a bevy of other new ones from Dark0, Inkke and Shriekin that have left us scuttling around attempting to construct a track list.

With the release of Moleskin‘s eponymous EP on the very near horizon, the London-based Goon Club Allstars label has been on many a tongue. With Mssingno’s debut EP still making the rounds and Moleskin’s heavily anticipated tape being played out by the likes of Evian Christ and Bok Bok, the Goon Club team has done an excellent job of showing two very different sides of the grime-club spectrum. Even as they’ve inundated listeners with unique UK-centric productions though, the label has looked further south, focusing their attention on kuduro, dancehall and the multifaceted sounds of Lisbon. Back in May, the label gave away DJ Name’s “Name 4 U”, a palpitating blend of funky and interstitial continental madness, and the Goon Club DJs recently took to Sinden’s Kiss FM to show off a selection of heavily syncopated, densely rhythmic tracks from DJ Nigga Fox, President T and DJ Lag.

The Astral Black crew has always shown a predilection for early-aughts hip hop and R&B, specifically the chipmunk soul stylings of Kanye West and Just Blaze, and that influence has percolated to the surface of JonPhonics, Inkke and especially DJ Milktray‘s productions. To celebrate an upcoming European tour, Phonics and Milktray have joined together as Milkmakerz to bring you the sleaziest from Tweet, R. Kelly and Ginuwine as well as a heavy heaping of heat from Young Thug, Rich Homie Quan and Cam’Ron. It’s not so much an influence mix as it’s a mix of influences and if Phonics and Milktray’s joint output sounds anything like it, then we’re in for a treat.

Not that it’s anything new, but Bok Bok licked the most recent Night Slugs Rinse show with a dashing two hours of analogue techno, Neana and Neana-inspired drum tracks, and hyper-real synth machinations. If you haven’t rinsed BB’s Your Charizmatic Self EP to death, you’re missing out. The NS Rinse slot is about as essential as it gets.

As a House of Trax resident, Rushmore has worked tirelessly to bring ghetto house, ballroom and Bmore legends to East London and has expanded the HoT name into the label world under the Trax Couture nom de guerre. Alongside fellow HoT resident Fools, Rushmore has become one of the most recognizable names in the transitive world of percussive techno/house/ballroom and much of his best work comes out in his mixes. His Astral Plane volume is still a personal favorite and he recently contributed a volume for Mute, a Brighton club night that just happens to be putting on a massive July 4th happening featuring Kahn & Neek, Flava D, Last Japan, Dark0 and Sudanim. Rushmore’s mix is of a slightly different flavor, a full throttle mash of compatriots Akito, Grovestreet, Dreams alongside folk heroes DJ Clent and Slugo. 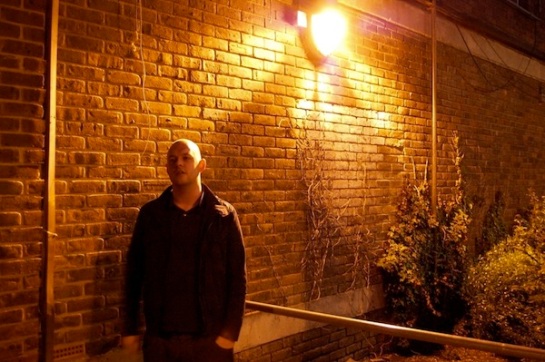 Since Slackk first burst into the general consciousness as a producer circa 2010, he has proven to be a figurehead of sorts in the instrumental grime movement and one of its foremost proponents as a co-founder of the Boxed club night. His solo productions have ranged from four-on-the-floor UK funky utilizing a classic eski sound palette to the black key heavy Minor Triads and Failed Gods EPs. On September 1, Slackk will release his debut LP on Local Action, titled Palm Tree Fire. “Ancient Dolphin” is the first offering from the tape and sees a refined version of his earlier funky/grime explorations. It’s ragged, richly melodic and a little campy. One of the most interesting facets of the Boxed crew’s output in the past year or so is the precise nature in which the dancefloor is understood and at times removed from the equation. “Ancient Dolphin” epitomizes that understanding, matching distinctly minor scale melodic work with chugging, syncopated drum work. It represents a lot of time spent playing out and subsequently taking that experience into the studio. It might not end up being the defining document of grime’s resurgence, but Palm Tree Fire has the opportunity to coherently draw the line between club, radio and home listening.

Inspirational mixes from the past week that deserve to reverberate beyond our “office”.

In the latest edition of Slackk’s formative monthly mix series, the Sulk Records head has dug deep into his bag of tricks to pull out the best in nail gun snares, forthcoming Inkke, JT The Goon and Murlo, and the widest array of squarewaves you’ll find this side of his very own Boxed club night. Commencing on a melodic note with tracks from Boofy, Shadow Face and Lolingo, Slackk expertly crafts a narrative that trends from melancholic to triumphant over mix’s run time. Peaking with a Blackjack-esque selection of 8 bar bootlegs from Tarquin and Milktray, Slackk manages (once again) to encapsulate what makes contemporary instrumental grime such a fascinating subject.

For the inaugural edition of Boiler Room‘s SKYY Stream in Los Angeles, visiting club provocateur Rabit took to the picturesque stage to deliver an hour of emotional grime, Jersey and Diana Ross. After laying down an exclusive-laden FACT mix several weeks ago, Rabit takes a slightly more playful approach for BR, touching on the R&B sensibility that occasionally shows up in his otherworldly grime productions. We hear the aforementioned Ross and Rihanna mixed in with Mumdance and MA Nguzu and a bevy of Southern rap and Jersey club that keeps the mood light. With a debut album forthcoming on Tri Angle as well as new material on the way through Glacial Sound and Mumdance and Logos’ Different Circles entity, it’s a pleasure to watch the Houston native have some fun keeping light as his star grows.

Over the years, this blog has trended slightly away from the realm of house and techno, preferring the sounds of footwork, ballroom, grime, jungle and Jersey club to the more linear forms that have dominated dance music for the better part of three decades. There are a number producers who still wow with their four-on-the-floor fare though and Dro Carey‘s Tuff Sherm alias continues to impress. Always murky, the Tuff Sherm sound sees brilliant melodies drawn out of percussive, dusty nether regions, balancing beatific synth work with a stranglehold over 909 and 808 drum programming. The Australian producer recently hit up Nina Las Vegas’ populist Triple J show to lay down dub after dub, an exciting sign of what’s to come from this ever-blossoming producer.

Writer/DJ/graphic designer/fashionista Meaghan Garvey aka Moneyworth has proven to be one of the foremost purveyors (and critics) of Chicago music over the past few years, espousing the merits of drill, footwork, and most recently, opening up the Pitchfork crowd to the spastic sounds of bop. “the glo” is her most recent mix, the first in eight months, and focuses on the fluid intersection between rap, R&B and grime, populated by Visionist, Young Thug, Kingdom and Casino. The latter third sees a tempo shift and a distinctly Chicago reboot, pumping up DJ Slugo, DJ Rashad and ZMoney before entering a rousing rendition of cutting room floor Yeezus track “Bound 1”. The transatlantic freeway is thriving these days and Garvey shows just how effortless the transition from grime to R&B to ghetto house really is. The glo is very real.

Resident of Berlin club night Janus (alongside Lotic and Kablam, M.E.S.H. has worked tirelessly to deconstruct the way club music is produced, consumed and portrayed. In both his DJ work, which is consistently exceptional, and his productions for PAN, M.E.S.H. has created an immediate aesthetic that is at once a melange of his influences, Jersey, ballroom, grime and R&B, and a streamlined, ululating farce of those same influences. M.E.S.H.’s FACT mix is angry and denuded, but not bereft of fun, which can be found in Spooky’s “Number One Spot” bootleg and the wooden kuduro of DJ Nigga Fox and DJ Firmeza. The Janus fellows are reassembling contemporary club music and this mix is another step in their ascendancy. 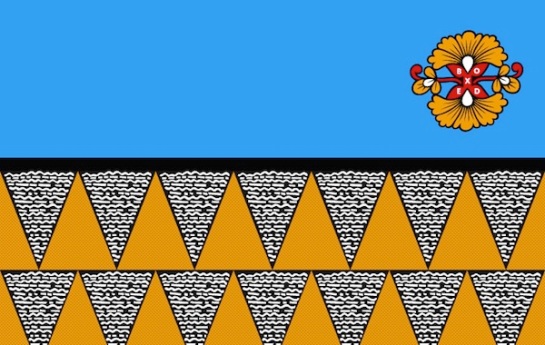 It was only two months ago when London’s Boxed club night, led by Slackk, Mr. Mitch, Oil Gang and Logos, released their eponymous, scene defining Vol. 1, but it appears that grime’s premier shapeshifters weren’t totally satisfied with their first offering. Boxed Vol. 2 picks up where the first edition left off, drawing from London’s rich musical fabric and subsequently tearing it apart, reconfiguring it and presenting it in a perfectly coherent melange of dancefloor and non-dancefloor oriented songs. The Boxed usuals all appear as do Dark0, Strict Face, Rabit, Chemist and Murlo, and the track list actually mirrors many of our most recent Astral Plane mixes. We’ve never had the pleasure of attending a Boxed night, but if Vol. 2 is anywhere near an approximation of Dalston’s finest instrumental grime happening then all of the hype is spot on. 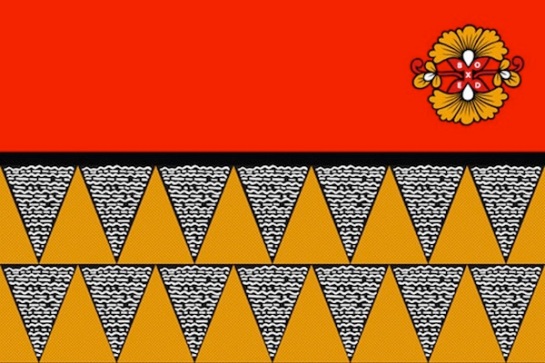 For the last 12 months, Slackk, Mr. Mitch and Oil Gang’s Boxed club night has set the bar for what a grime night should look like, drawing in just about every instrumental grime producer of note. To celebrate their one year anniversary, which is occurring this Friday at Birthdays in Dalston, the crew has put together a wildly colorful 18 track compilation featuring some of the most exciting producers in the game. Astral Plane mix contributors Strict Face and Logos appear, as do a host of other transcendent talents including Rabit, Mumdance, DJ Milktray and Inkke. In another year, we might be looking back at Boxed Vol. 1 in a similar fashion as we do Grime 2.0 these days. There’s really no excuse not to grab this masterstroke immediately. 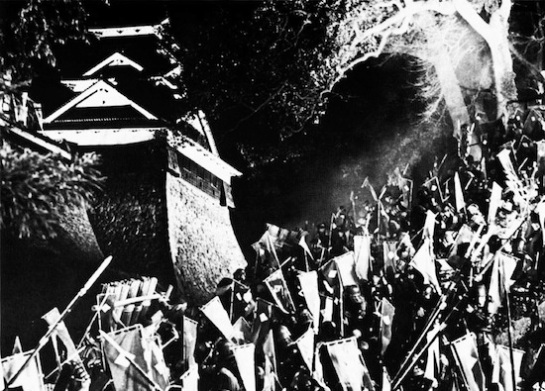 Originally sold as a four track EP in April of this year, grime innovator and all around badman Slackk has updated his Minor Triads with seven new tracks (plus two additional songs on the vinyl edition). Like the original EP, the expanded version has been released by Unknown To The Unknown and features a collection of cold, skittering grime with enough ambitious melodic elements to satiate the most jaded grime fans. Dubbed “sino-grime” in the EP description, Minor Triads maintains a certain cerebral element even when Slackk breaks into neck snapping territories. Stream/buy Minor Triads below and hit the jump to stream the latest incarnation of Slackk’s always excellent monthly mixes.