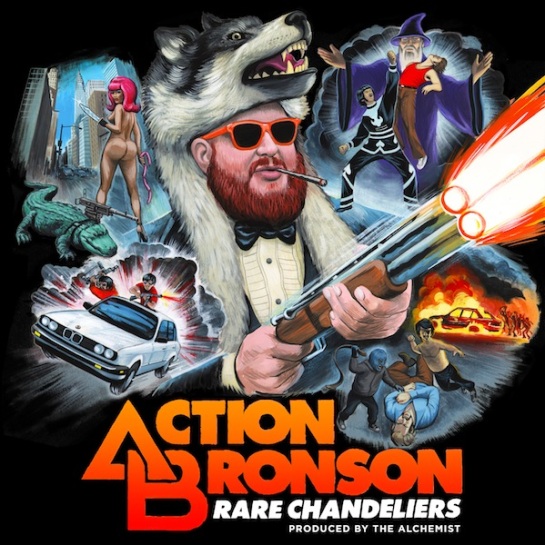 Alchemist has basically reinvented himself over the past few years as the guitar looping torchbearer of the the type of realist hip hop that has caused mass hysteria among both longtime hip hop fans and internet folk. Action Bronson is probably Alchemist’s MC counterpart in that sense, so when news broke a little while back that the two would be collaborating on Rare Chandeliers, many a jaws were dropped. When the video for “The Symbol” came out last month, we knew it was all over. After a one over, Rare Chandeliers is everything we expected and more. The beats are classic, dusty Alchemist and Bronsolino brings the seared Chinook salmon in rap form. Schoolboy Q, Roc Marciano and Evidence are along for the ride. We’ll have much more on the tape soon, but a release of this immense quality deserves to be heard immediately. Stream below and grab the whole tape for free courtesy of Noisey.