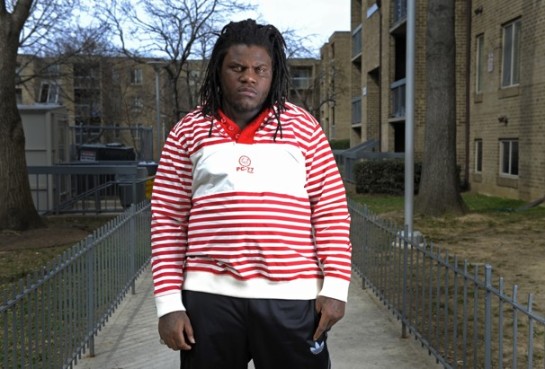 So our favorite DMV badman Fat Trel made a song about his favorite strip club. Apparently he’s not alone either, because the Stadium Club has over 20,000 twitter followers. With Lee Bannon behind the boards, Trel takes the “Bands A Make Her Dance” approach on “Make It Clap” in both subject matter and sonic qualities. This new brand of strip club music is based on a sort of attack and release philosophy, wherein your ratchet rapper of choice says gully, demeaning shit over time-stretched production (not actually time-stretched, but in a hip hop sense). It’s all about building and relieving stress, and while the MC isn’t necessarily expendable, any no fucks given Southern rapper can fit the archetype. That being said, Trel is no slouch on “Make It Clap”,  running through regional references as fast as he’s losing bands. So yeah, shouts out to Fat Trel. Shouts out to Lee Bannon. But most of all, shouts out to the Stadium Club. Stream and download below.