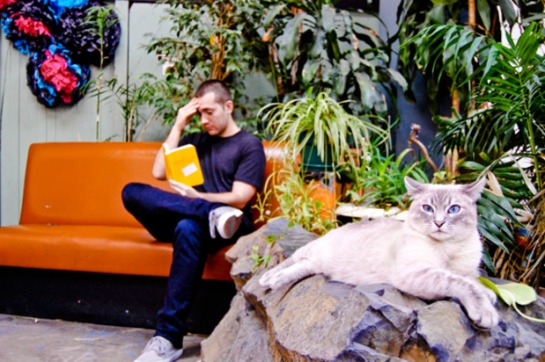 In a recent interview/feature in LA Weekly, Frite Nite boss and BBC Radio One DJ Salva opined that “It was only last year when I realized that I’m a hip-hop DJ and producer who likes dance music, not the other way around.” The difference between the two approaches might seem like semantics to some people, but the results are drastically different. Take the difference between a guy like Bird Peterson and, say, Ryan Hemsworth. They both purportedly make hip hop-informed dance music, or the other way around if you prefer, but the results are dramatically different. Hemsworth is part of the Green Ova click (Main Attrakionz, Shady Blaze) and has been producing for hip hop artists for years. On the other hand, Peterson essentially makes synth-heavy house music with hip hop samples. Two different approaches, two entirely different outcomes. On February 12, Salva will release the Odd Furniture EP on FoF Music and important step for a producer/curator who has opened huge new pathways for himself and his cohorts over the past few months. “Drop That B” is the first taste from the EP and, like Salva’s recent collaboration with Brenmar, borrows heavily from the ghetto/bass club music varieties of the late 80’s/early 90’s. The track is definitely a departure from the house-informed tones of 2011’s Complex Housing LP, but is also far more subtle than the “Mercy” remix that has become synonymous with his name. We’ll let you decide which approach he took on it. Stream below and cop Odd Furniture on February 12.