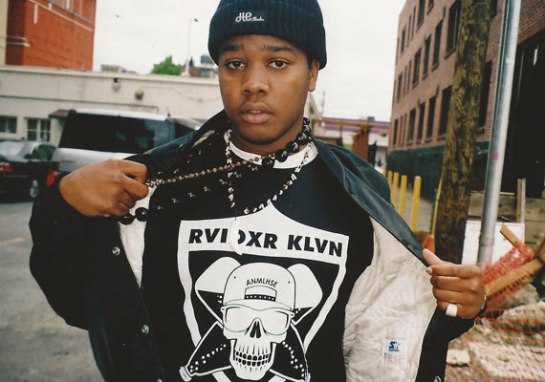 Based on Spaceghostpurrp’s uneven social media commentary, I’m unsure if Raider Klan is still an entity. It could have been dissolved months ago, its creative letter use discarded and its variegated elements thrown to the wind. It could be operating, waiting to strike and further impose its outlaw rhetoric on the hip hop listening public. Or maybe Spaceghostpurrp, Amber London and Yung Simmie are locked away in an underground lair plotting the demise of A$AP Mob. Regardless, in between Simmie’s Shut Up & Vibe Vol. 1 (formerly Basement Musik) and  London’s Tru 2 Tha Phonk the (former) Klan has been putting numbers on the board with striking regularity. Seattle’s own (former) Klan representative, Key Nyata, has also been creating a respectable niche for himself via his dark, viscous rhymes and DJ U-Neek in the digital era production. “The Shadowed Diamond” was previewed months ago, but today we received the full version in all of its glory. In the past Nyata’s flow has been obfuscated under the many layers of his dense beat work, but “The Shadowed Diamond” highlights both his referential lyrical matter and production acumen flawlessly. The song will be the title track of Nyata’s next album.