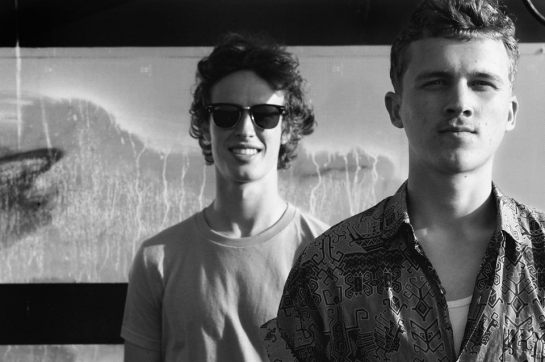 European footwork producers generally either comprehend the fine details of the genre and its culture, or they completely miss the point entirely. The hip hop and ghetto house influence isn’t always easy to grasp, and the off-kilter nature of the footwork sound cannot be replaced with simple drum programming, breakbeats, or a sped-up Lex Luger kit. For every Feloneezy and Jackie Dagger, the Continent generally conjures up ten painful misappropriations of the venerable Chicago sound. Amsterdam-based duo Know V.A. (Marijn Brussaard and Feico De Muinck Keizer) don’t exactly peddle explicit footwork, but their productions generally do reside roughly around 150-160 beats-per-minute and retain the cross-eyed fervor of the genre. Last year’s O Horizon EP, out now on Lowriders Recordings, featured manic rhythms combined with the bountiful precision of dubstep and an overarching hip hop aesthetic. DJ Earl & DJ Taye, as well as Rabit, contributed remixes to O Horizon and the duo has since opened for Evian Christ and Mssingno, and collaborated with recent RBMA inductee Torus, placing them at the forefront of Amsterdam’s growing cadre of non-traditionalists. It’s no surprise that Marijn and Feico point to Los Angeles’ beat scene as a key influence and like many of their global contemporaries, their output seem to rapidly unspool the more you rinse it. In the months since the release of O Horizon, Know V.A. haven’t released another official project, preferring to work on their live set, watch the EP percolate and spend time in the studio. “Prisma” is the result of that studio time, a sly, aggressively circular heater with more than a few footwork and jungle signifiers dug into its fabric. It’s clear that Know V.A. have a keen understanding of the past history and contemporary historicity of the music they peddle and songs like “Prisma” represent the care with which they approach dance culture.