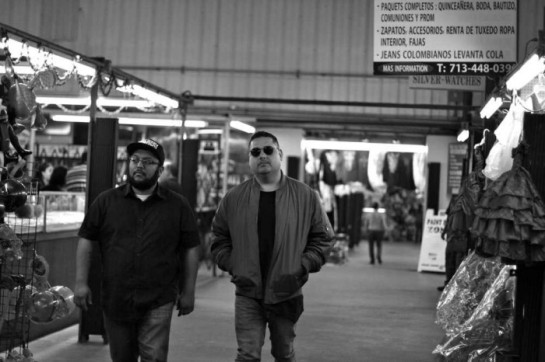 From an outsider perspective, Texas might appear to be a relative backwater in the dance music world, or, at best, a node for its worse proclivities, but that appearance is misguiding and the state has produced some of the most exciting artists, labels and nascent aesthetics in recent years. And that’s ignoring the state’s multitudinous contributions to hip hop dance, from Houston/Port Arthur’s long running dominance to Dorrough, Lil Twist and DJ Chose out of Dallas. Labels like #FEELINGS and Freshmore have championed self-referential hybrid forms while Austin has grown into a hub for young producers looking to find a sound, a way and a community. Among all of the youthful energy coming out of Austin and Houston, it would be easy to imagine the Texan avant-garde springing up out of the dust in the past several years, but that would overlook the influence of some of the scene’s elder statesmen. It can’t be stressed more that for every Rabit, Lotic or Mike G hailing from or reping Texas, there was an influencer, either direct or subliminal, who was there to breach grime, ballroom, etc., or even to match those styles with dembow or reggaeton.

And as far as Houston goes, it’s hard to look beyond the influence of Sines and his Freshmore imprint, a veritable institution that has been pushing diasporic bass sounds for the better part of the last four years. Recently, Sines joined up with fellow producer Panchitron, the Los Angeles-born producer who now resides in Houston, to form Santa Muerte. Focused on the intersectionality of contemporary dance music sub-culture, the duo has turned their focus on everything from instrumental grime abstractions to the wonderfully tinny direction that reggaeton has taken in the past decade. The name puts a focus on death, more specifically an understanding of how death is understood by the living, and the Santa Muerte sound is undeniably dark, a sweltering trip through choral VSTs, ballroom abrasions and the memorable crunch of the dembow loop. That being said, Santa Muerte is a project firmly focused on the dancefloor and while the attitude might be focused more on sonic muck, their originals, edits and mixes do tend to be wildly effective in the hip shaking department.

As a study of American dance sub-culture, Santa Muerte has been wildly successful, avoiding the pitfalls of mindless appropriation, historical revision and general dishonesty. The avant-garde fringes of the dance music world can often position themselves in too serious of a light, or worse, too seriously ironic, but Santa Muerte appears to be a project focused on honestly and earnestly working through, matching up and blending the United States’ (and beyond) veritable treasure trove of regional genres, styles, sub-cultures and aesthetics.