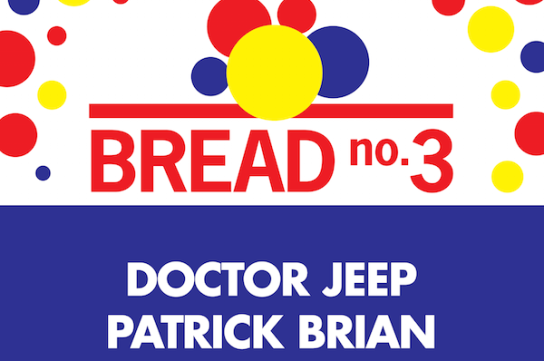 After featuring Rabit, Sheen, Korma and Lyeform at their last party, San Francisco’s Bread crew is bringing out another huge bill to the Bay Area, this time featuring a heavy load of U.S. talent. New York’s Doctor Jeep is probably the biggest name on the lineup and it’s fair to say that the long-time promoter of UK (and beyond) sounds deserves that position, but don’t sleep on Angeleno Patrick Brian and Cybersonic LA resident Sha Sha Kimbo either. For Bread #2, we premiered a mix from Rushmore and gave away a few tickets for the night and this time around, we’ve got Bread resident Botaz pon deck with a selection of slamming drum tracks from Helix, Akito and Krueger and a short helping of Snootie Wild to break up the mood. Ballast and JAVASCRIPT close out the night, which goes down at 1192 Folsom on November 6. You can check out the mix (and track list) at the Bread site + enter for a chance to win a pair of tickets to the party itself. Not one to miss Bay Area folk.