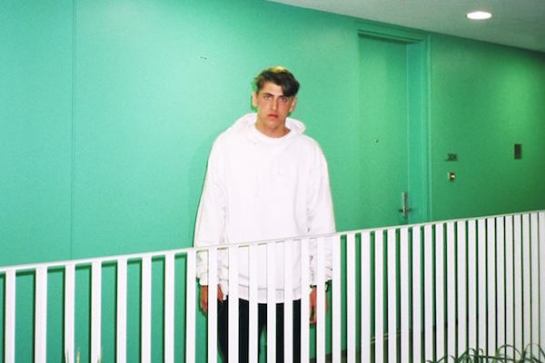 As a member of the M|O|D crew, then located in Boston, Colby Zinser, better known as C.Z., saw a pretty remarkable rise into the popular consciousness a few years ago, going from an unknown music student making hip hop beats with friends to an early instigator of the sound we now call “trap”. While Zinser, as well as fellow M|O|D members Arnold, Lil Texas, Rewrote and Yung Satan, were initially swallowed by the burgeoning EDM behemoth, the C.Z. sound has always been more than that, both in terms of its contemporary references and the manner in which fans interact with it. Despite taking a break from M|O|D collaborative work, C.Z.’s star has only risen in the past year, having collaborated on production work for Elijah Blake’s “I Just Wanna”, toured China and Japan and continued to fine-tune his Iceboi project, a series of edits and originals aimed at the colder, more cutting end of the club music spectrum.

His latest project, the I Don’t Feel So Good EP, is the inaugural release on Paul Devro’s Murky Rips label and sees a merging of the C.Z. and Iceboi aesthetics, finger waving anthems that reside in a frozen alien landscape, recalling the work of Kid Antoine and Drippin. And like the aforementioned producers, the references on I Don’t Feel So Good are endless, from grime and trance on “Ready” to UK-derived mechanical drum beats on “Playtime Is Over”. Like much of the music C.Z. and M|O|D champion, the EP involves a lot of sensory overload and Zinser’s Astral Plane mix is no different, comprised mostly of C.Z. originals and edits including a collaboration with the aforementioned Drippin. In the mix, clouded rap from Glo Gang member Lil Flash butts up against an ecstatic synth workout from Murlo before C.Z. delves into more traditional speed garage. Grab I Don’t Feel So Good here and check out the full C.Z. interview below.

Hey Colby, how are you? You were in China and Japan recently, yeah? How did those shows go?

The shows were amazing; it was so fun to travel to Asia for the first time and meet people who are creative and trippy and live art. I wanted to go to Japan since I was 10 years old – walking into the bape store for the first time was such a surreal experience fulfilling a lifelong dream. I got to live out my baby hypebeast years again. I played this festival in China called Echo Park Festival, didn’t know anyone there but ended up meeting a couple cool people there and went out to clubs in Shanghai until 6 am. They like to “turn up ” out there.

What’s the state of M|O|D these days? You guys had a night at The Lash for a while, but it seems like that has ended and that you’re each reaching out into your individual projects

We are all working on our own projects at the moment ..  We had a Monday night which was fun … But difficult lol. Arnold is working on crazy shit rn with crazy people so expect the works from him $ and the rest of the squad is hoping to put out new tracks soon.

Why did you initially start the Iceboi project?

2 years ago, When I was living in Boston .. I kept making edits and calling them “meltdowns.” From then on Ice Man took over my soul.

Do you see your internet persona as being integral to how people approach your music?

Nah I kinda just use Twitter as a way to vent and release music.. I never know what opinions will form..

Your new EP steps away from the hi hats, snares and 808-led sound of your previous material and looks more to the UK for inspiration. Was this a conscious step or more of an organic development?

Well I would not say it’s steps away.. There are still “808” sounds all over the 3p.. When Paul Devro first startedmurkyrips.com the main focus was dark insane grime rips and dance mania type records.. So we had this concept of making a record with similar tracks keeping it close the murky core.

How did your recent collaboration with Elijah Blake come about?

Very trippy how it went down .. My roommate Djemba Djemba n obey city were heading to studio with elijah.. I gave them a ride and just chilled in the back while they played beats .. I had originally put a song on the usb they gave to Elijah. He ended up using a of a track I made… Months later Djemba and I worked on that one beat and it became what it is today !

Do you have any other vocal projects on the horizon? Any dream collaborations?

Starting a dope project with my boy sir Michael rocks in the next year .. We linked in Japan and planned a new ting . Hopefully it will b out next year $$