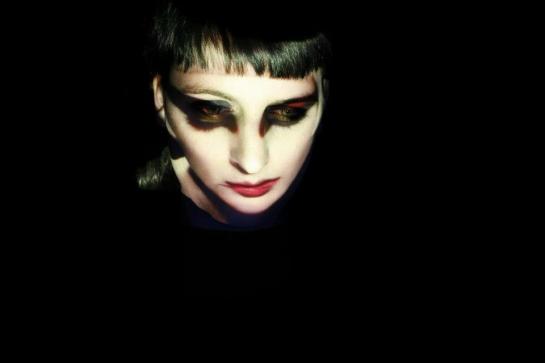 Industrial templates have come in and out of favor in club music for decades now, influencing the more hardcore elements of techno, finding a comfortable home with a certain dubstep contingent and providing a well of material for your neighborhood crate digger. More recently, acts like Coil, Nitzer Ebb and Suicide, who’s frontman Alan Vega sadly passed away over the weekend, have seen a resurgence in popularity among a certain internet-dwelling crowd, influenced by labels like Tri Angle, Mute and RVNG and bored by the paint-by-numbers house and techno that has come to dominate Room Ones the world over. With a background in punk and a defiantly unconventional approach to club forms, Berlin’s Ziúr is one of several artists leading the charge into a darker, rougher abyss, pushing an industrial-informed sound that fights back against the music’s (and Germany’s) fascist undertones while tearing down the notion that it’s a form for and by white cis men.

Released on July 1, Ziúr’s official debut came in the form of Taiga, four blazing tracks for Infinite Machine accompanied by remixes from likeminded producers Born In Flamez and Air Max ’97. Full of twisted melodies, distended vocal fragments and a barrage of samples and foley effects, Taiga is an immersive and at times battering release, stretching club sensibilities and challenging dancers to meet its fluctuating attitude head on. Previous remixes for Evool and Peaches showed the Berlin resident’s willingness to fuck up shadowy pop forms as the avalanche of metallic percussion and high-strung atmosphere feels right at home with each vocal. And considering that she often tests out her tracks while sound checking at a venue job, it’s no surprise that her production style feels just at home with Peaches as it does mixed with Kablam, Brood Ma and Kamixlo. As seen on Taiga, Ziúr’s music effuses a punk attitude and while an ever-larger group of producers look to the industrial end of the spectrum it’s easier than ever to pick out the real ones.