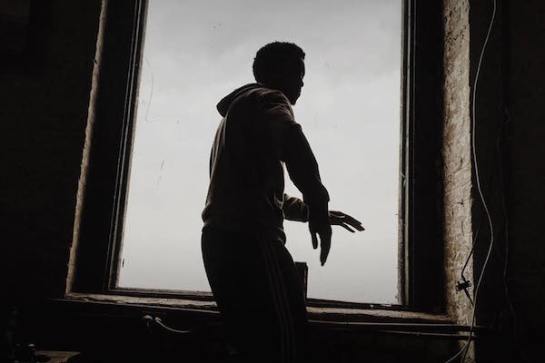 Throughout the recent FADER cover story on Gucci Mane, themes of work and work ethic are persistent, providing a constant throughout the Atlanta rapper’s many ups and downs, prison sentences and creative high water marks. Regardless of how much Guwop’s life spiraled out of control in the period before his most recent prison sentence, he was still constantly in the studio churning out track after track. Young Thug credits Gucci for imparting his indefatigable work ethic on him and it’s hard not to imagine that his mixtape-a-month release schedule over the past decade or so has changed rap for the better. Born in Newark, but now residing in Los Angeles, DJ J Heat seems to approach Jersey Club in a similar manner, tirelessly working on his own bootlegs, collaborating with MikeQ, Brenmar, Gianna lee and K-Shiz and continually refining an approach that is simultaneously one of the hardest and most heterogeneous approaches to club music.

J Heat’s work ethic, and immeasurable talent for that matter, hasn’t gone unnoticed and in the coming months he’ll release his debut on London’s venerated Night Slugs roster, a rare US signing for the Bok Bok and L-Vis 1990 headed crew that felt like a comfortable fit even before it became official. After all, some of J Heat’s most successful remixes are of Night Slugs hits, from a much rinsed take on Kingdom’s “Stalker Ha” at the end of 2014 to a brilliant refiguring of Bok Bok and Kelela’s “Melba’s Call”. And beyond the relatively standard remixes of major rap and R&B hits, J Heat has remixed M.E.S.H. (twice), Tokyo Hands and Art of Noise, showing a willingness to experiment with contemporary material and left field samples that calls to mind early Bmore and the bizarro footwork of DJ Nate.

Having produced his fair share of ballroom and footwork, as well as work with vocalists, it would be diminishing to refer to J Heat as strictly a Jersey Club artist, but there’s no doubt that it’s what he excels at and puts the most time towards. 2012’s “NJ Transit Rhythm”, one of J Heat’s few original compositions to date, is a case in point, a sparse construction based around a distant train whistle that bangs as hard as anything to come out of Newark in years and maintains an eery presence throughout. With artists like DJ Sliink, DJ Rell and Nadus making waves across the US and internationally, the idea of a Jersey Club producer breaking out is far from unheard of, but despite his incessant work rate, J Heat has taken a more patient path, eschewing questionable labels like Dim Mak and Mad Decent in search of a more idyllic fit. In Night Slugs, he’s seemed to find that and while his debut for the label will likely bring a new fan base and critical acclaim it’s clear that it won’t be the beginning or end for J Heat.