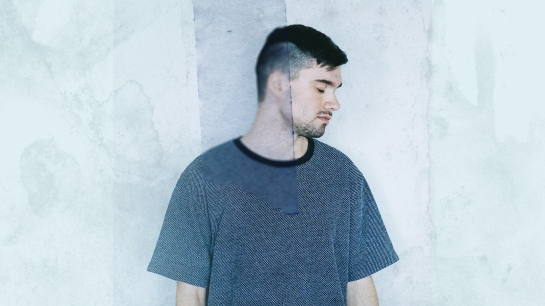 In a recent interview with RBMA’s Lauren Martin, former Vex’d member and Knives boss Kuedo discussed futurism and its roll in electronic music: “I don’t believe it’s the essential job of music that calls itself “futuristic” to literally attempt to reach into a future and bring us back a piece of it early.” In a genre where the vast majority of releases are proposed in the context of a relentless push forward, the future is a near-constant trope, brought up and considered in an infinite array of subtle and not so subtle ways. As Kuedo notes though, futurism does not have to envisage an or preview what the future holds and more-often-than-not, it’s a far more apt tool for understanding and contextualizing the personal and the present. Which brings us to Kid Smpl, the San Francisco-based artist who will be releasing his second full length, Privacy, through Kastle’s Symbols label on November 11.

Never one to sit on his laurels, Privacy comes on the heels of a mixfile release on Smpl’s own Display label, a collection of hardcore techno experiments, and a smattering of radio and remix work. From his first releases on Seattle’s Hush Hush Recordings, Kid Smpl’s music has balanced an ardent futurism with an innate sense of the present and Privacy is the fullest realization of that project to date, an album that deals with day-to-day digital life, in all its complex inconsistencies and contradictions, through searing surround sound epics. The sonic tropes from previous works are all there, especially the strangled vocals, but like his recent “Promise Emulation” mixfile, they’re rendered on a larger scale, We’ve got LP standout “Riven” on premiere today and it’s a prime example of Privacy‘s expansive scope and present-day futurism, a futurism that attempts to represent the grotesque nature of the present far more than any predictive stab at what is to come. Pre-order Privacy here and check out a full track list for the album after the jump.