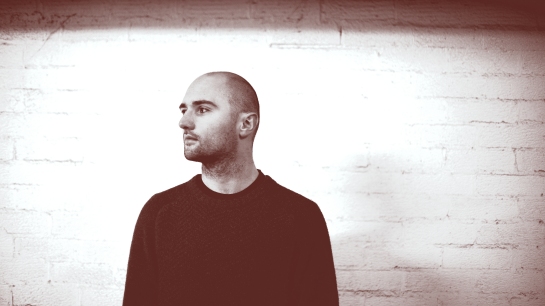 We’ve been a little behind on a our daily posting and while it’s been necessary to push some of that material into our monthly FACT column and various radio ventures, it would have been a travesty to miss out on covering Iglew‘s debut EP on Mr. Mitch‘s Gobstopper Records. Since hearing the demos last year and immediately signing the Leeds-based producer on for an Astral Plane mix, we’ve been readily awaiting the announcement for the Urban Myth EP and there isn’t a better place for it than Gobstopper. And while the rest of the tracks on the EP are more or less based in grime’s square wave legacy, “Urban Myth” is a solitary track built on a beatific Japanese koto sounding melody and swaths of low end pads. It’s easy to enter something of a hypnotic state when listening to Urban Myth as a whole and the title track exemplifies that best. Or as Iglew told FACT, “[I] like thinking of music in terms of escapism, whether that’s delving into your own imagination when listening individually, or becoming part of a body of individuals having a collective listening experience.” Urban Myth is out in digital and vinyl formats on April 27 via Gobstopper. Hit the jump for snippets of the full EP.

END_OF_DOCUMENT_TOKEN_TO_BE_REPLACED

Without an official release, guest mix, or even online interview to his name, it’s not an easy task to gauge the output of British producer Iglew. There’s the “Iglew 01” mix uploaded last year featuring a combination of unreleased tracks and oddities from Mr. Mitch, Jam City, E+E and more. There’s a rip of one of his originals from one of Murlo’s Rinse FM appearances, a thrilling, albeit brief, two minutes of bright square wave fuzz and extravagant melodies that bring to mind Loom and Mssingno. And those two producers are probably the best place to start when considering Iglew, not just due to sonic crossover, but due to the fact that they are two acts who virtually sprung out of nowhere and are now lauded as some of the most creative producers in the UK.

What Iglew lacks in a track record, he makes up in demos and support; support from the likes of Mr. Mitch and Last Japan and a collection of wildly inventive demos that will hopefully reach the light of day soon in a release on the former’s Gobstopper Records. “Cascade”, the Murlo rip, is only recorded and clipped taste, but there are Iglew joints circulating in nearly every Boxed mix and his time-warped take on the devil mix palette has begun to garner support in ever-larger circles. For now, we’re happy to feature Iglew in our Astral Plane mix series and the 43 minutes of exclusives, rarities and general heat he turned in consistently flips the grime mold on its head. Filled with exclusives from himself and a host of talented young producers, the mix attains an aesthetic coherence even as it runs through 24 tracks in under forty five minutes. Iglew is clearly a melody technician in his own right and prides the work of likeminded producers, resulting in a head twisting effect as square waves and complicated chord patterns seem to constantly melt into harmonic bliss. You’ll also find a bit from Iglew himself that will appear on a forthcoming Astral Plane release!

END_OF_DOCUMENT_TOKEN_TO_BE_REPLACED 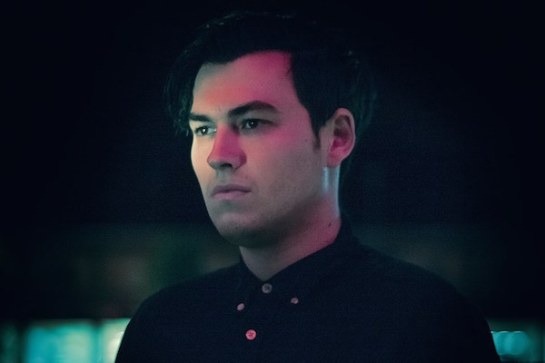 In an interview with Passion of the Weiss’ Son Raw last October, Ipswich-based artist Loom responded to a question about the dichotomy of classic grime influences and sonic motifs that could be considered outside of the purview of the first wave: “It’s easy, I know what elements of Grime I want to use in my music. I know what I want to hear and the same goes for all the other influences I draw from.” It’s a simple statement, but its intent is what is important, a driving desire towards experimentation in a genre rife with both incidental and purposeful postulation. And as someone who references Erik Satie, The Knife and Wiley as influences, it’s no surprise that there’s something tangibly different about Loom’s output, a sound tangentially tied to eskibeat, but with an element of sprawling, panoramic synthscapes reminiscent of Tangerine Dream (without the cheese). It’s no surprise that Loom found a home at Mr. Mitch’s Gobstopper Records, a label that, while only restarted last year, has already set the tone as a forebear of what’s to come in the world of grime-not-grime.

Last week, we referenced the inherent griminess of Astral Plane mixer Saga’s production work, a sonic element that informs his work from start to finish. Loom’s productions are also full of digital dirt, dust and grime, whether in the form of roughhewn square waves or pirate radio chatter. Whereas Saga’s work can probably be considered purposefully blunt, the brilliance in Grade, “Mazed” (from Boxed Vol. 2) and the still-to-be-released “Pompelmo Riddim” (a joint production with Tarquin) is the elegant beauty that arises in Loom’s major chords. Unlike many of his contemporaries, Loom doesn’t feel the need to submerge the overt beauty of his work below, within or behind what we consider the “classic” grime components, instead making them one and the same. As grime and our apparatus for identifying what is and what is not in its sphere moves forward, it wouldn’t surprise us in the least if Loom’s catch-all approach becomes more popular.

“Fukushima”, the final track on Grade, is Loom’s excursion into the weightless/beatless territory explored by Mumdance, Logos, Dark0, Deadboy and others recently, matching soundtrack-level dramatics with the pacifying nature of new age. It’s made up almost entirely of square waves, but is further from classic grime than any other song on the EP, and, while it takes some influence from Wiley’s “Devil Mixes”, it wears its exterior influences on its sleeve. Loom’s Astral Plane mix features a wide array of grime-songs-taking-influence-from-elsewhere like Deadboy’s sparkly, choral “Return”, as well as songs-from-outside-the-grime-sphere-that-take-influence-from-grime like Untold’s “Stereo Freeze”. It’s a thoroughly engaging listen from start to finish and includes moments of chin on fist contemplation and hands in the air frenzy. It’s Loom’s ability to cohere disjointed constituent elements into a singular whole that makes this mix and his body of work unique.

END_OF_DOCUMENT_TOKEN_TO_BE_REPLACED 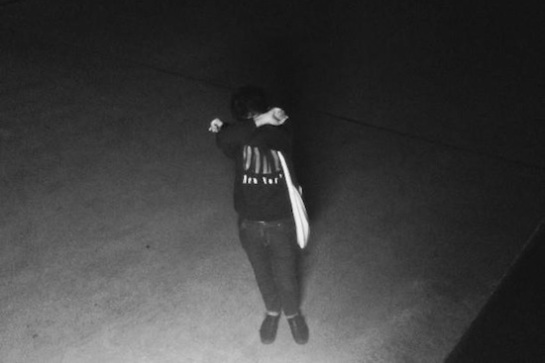 “Highbury Skyline”, the b-side of Strict Face‘s new release on Mr. Mitch‘s Gobstopper Records, has been floating around the Rinse.FM universe for some time now, but that doesn’t mean that the Australian producer’s most high-profile release to date is any less profound. Along with a-side “Fountains” (peep after the jump), the single sees Strict Face expounding upon an eski sound palette and utilizing melodramatic pads for an orchestral effect. Whereas “Fountains” falls more into the devil mix category touched on by contemporaries Visionist, Rabit and Logos, “Highbury Skyline” is exactly the type of song that critics refer to as the new wave of grime. More specifically, “Highbury Skyline” isn’t really grime at all. It’s a hybrid along the lines of Mssingno’s self-titled EP and Nguzunguzu’s latest Skycell EP, an entity that looks and sounds like grime, but doesn’t act like it. Fountains/Highbury Skyline is out now on Gobstopper.