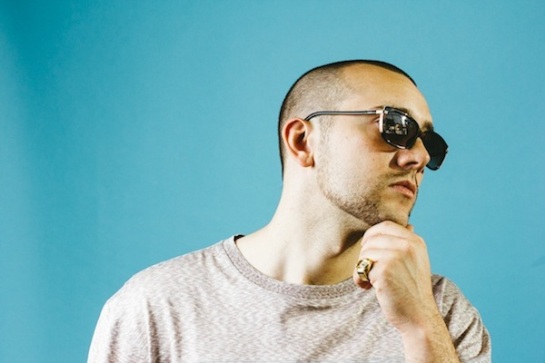 Disclaimer: I’ve spent the past few months as an intern at Friends of Friends.

What a way to start a label. Los Angeles veteran and Friends of Friends representative Salva jumpstarted his latest venture, Peacemaker, earlier today with a rejuvenated version of 2013’s “Drop That B”, aided by the vicious quadrumvirate of Schoolboy Q, Problem, Kurupt and Bad Lucc. While some of Salva’s recent output has trended towards the populist and watered down, the upcoming Peacemaker mixtape will make strides in establishing him as an genre-straddling entity that will allow him to feel equally comfortable in the rap and dance music worlds. And what better way to do that than four and a half minutes of cutthroat raps from some of LA’s brightest stars. Salva’s hydraulics-laden original is slightly revamped with brief, chugging guitars, while the MC’s provide the requisite rappity rap heat to keep heads nodding.

First question: how did this song not make it onto good kid m.A.A.d. city? Second question: isn’t having the Black Hippy four headed monster trading off verses about the problems surrounding alcoholism an infinitely better than having Kendrick go on for five minutes? One of the virtues of Black Hippy is that each member complements each other so well. The formula of Kendrick as the virtuous one, Ab-Soul as paranoiac weedhead, Schoolboy Q as repentant gangster and Jay Rock as the go-to street rapper works too damn well to ignore. And that formula works perfectly on the Black Hippy version (fuck calling adding a few verses a remix) of “Swimming Pools”. The song widget is confusing and blows up my computer every time I try and post it (thanks WordPress) so you’ll have to head here to stream.

We’ve noted several times that Ab-Soul is the next Black Hippy to take the spotlight. First it was Kendrick took over with the arrival of Section.80, then Schoolboy took center stage via Habits & Contradictions. No doubt Jay Rock is waiting in the wings. “SOPA” is another swaggering cut in the vein of Schoolboy’s “Nightmare On Figg St.” that maligns rap cliches with an effortless bluster. It always seems like these guys are just fucking around in the studio. Ad libs abound. Vocal cadences change at the drop of a dime. Dialogue between the MC’s is distinct and sarcastic. For the self-described nerd and suburbanite of the group, Ab-Soul goes harder than 99% of MC’s out there, managing to sound menacing within a deep, complex rhyme scheme. 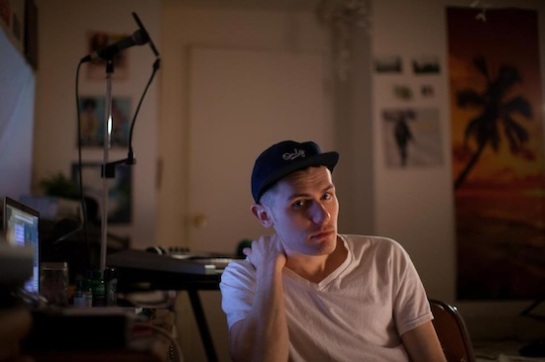 Since the release of Schoolboy Q’s Habits and Contradictions , the album has been in steady rotation in my tapedeck, turntable, ipod, computer and more. I cannot say enough about the album. You can read what I managed to spit out in my review of the album. Anyways, with the albums multitude of trip-hop samples and just overall exceptional beats, remixes were bound to start coming out of the woodwork. I’ve heard several so far, but none comparing to Brooklyn-ite Obey City‘s version of “Blessed.” In the case of this remix, less is definitely more. By tweaking the pitch a little here and there, adding a little extra kick in the drums and mixing in a little juke, Obey City manages to not only improve the original, but also to (hopefully) bring it to a whole new audience. This track could easily have a similar impact that Jim-E Stack’s remix of “Purple Swag” did last year. Stack’s remix may have been my favorite track of 2011 and was easily my most played. It’s becoming increasingly fashionable to take the newest independent hip hop jawns and give em a little UK feel and I love it. Like everything else, these remixes are hit and miss, but when they hit, they’re unbeatable. Stream and download the track below.

I joined the Black Hippy party in December of 2010 the day I heard Kendrick Lamar and Schoolboy Q’s freestyle over Weezy’s “6’7’” beat. Kendrick and Schoolboy’s version came out only one day after Wayne and Cory Gunz released theirs, and when placed back to back, the two don’t even compare. Kendrick and Schoolboy bodied what would become the best track on Carter IV (admittedly not saying much). At that point I had heard of Jay Rock, the third Black Hippy member, mostly because of his brief stint at Young Money, but Ab-Soul, the fourth member was still an unknown to me.

Fast forward to 2011. Kendrick Lamar absolutely owned the year with Section.80 succeeding on all levels and ending up on just about everyone’s year-end “best of” lists. Jay Rock, Ab-Soul and Schoolboy all released their debut full lengths with varying rates of success. Noz the popular Nah Right blogger dubbed the group the new Hieroglyphics for their diversity in lyrical styles and topics. I’m not sure who plays Del in that comparison, but the two crews do have more than a few similarities.

Now that the Black Hippy name is out there, the question is whether they have the staying power to truly become the next big thing in West Coast hip-hop. With Habits & Contradictions, Schoolboy Q has answered that question with a resounding yes. Schoolboy’s follow up to his first album, Setbacks, was released at midnight on January 14 and is easily the best hip-hop release at this point in the year. Featuring guest appearances from Q’s Black Hippy cohort, A$AP Rocky, Dom Kennedy and Curren$y, and production from Alchemist, Lex Luger and A$AP Ty, there is plenty of talent surrounding the Carson City MC. Some MC’s might be overwhelmed when surrounded by so many talented MC’s/producers, but Schoolboy still manages to own the project.

“Hands On The Wheel” featuring A$AP Rocky is the albums party anthem. An ode to bitches and blunts featuring some Lana Del Rey-esque vocals taken from Cudi’s “Pursuit Of Happiness.” Whether it’s coke, E or shrooms, Schoolboy and A$AP are indulging.

Too damn high, can’t stand myself
I love drunk driving, man I’m something else
Heat on my side, you’re more than welcome to melt
I’m ’bout to finish a pound, you’re more welcome to help

Later in the album, “Oxy Music” gives the listener some drastically different insight into Schoolboy’s drug habits. Instead of reveling in the party life, Schoolboy is now delving into the struggles of addiction and selling drugs.

“Grooveline Pt. 1” would fit better on a Curren$y album, although Schoolboy does sound natural over the soulful Lex Luger beat. The rest of the album reflects the contradictions (it’s a very aptly named LP) in Schoolboy’s life. He wants to just party and have fun, but his personal devils, and his environment keep pulling him away from the good life. In the end, Schoolboy is an incredibly likable character despite his struggles.