Coming off the back of the release of his first album in four years, Los Angeles-based artist and Wedidit boss Henry Laufer aka Shlohmo took over The Fonda stage last week with a retooled live set featuring a hired gun drummer and friend/label mate D33J. It’s Laufer’s first foray into the band world as Shlohmo and, coming at the tail end of a national tour, felt like a veritable homecoming celebration. With a cooky array of imagery splayed behind the stage (chains, rain drops, a spliff), the band giddily took the stage after performances from TEAMSesh rapper BONES, Purple and Nick Melons. Like Dark Red, Laufer’s new album on True Panther Sounds, the performance was rife with clattering, precision-point drums and moody, dirge-like guitar work and true to form, the band worked through most of the new album.

And with a few exceptions, the new material sounded great, drawing from both a technical metal lineage and the Southern hip hop, R&B and jungle influences that have popped up on his past several releases. Also like the album, the middle portion of the show felt a bit sludgy, Dark Red tracks like “Apathy”, “Ditch” and “Remains” didn’t quite hold the attention of Vacation effort “Rained The Whole Time” and Laid Out highlight “Later”. Nonetheless, the crowd was firmly eating out of Laufer’s hands, a young squadron of Wedidit acolytes responding enthusiastically to nearly every track in the hour long set. At his best, Shlohmo sounds like a confluence of Tim Hecker and Goldie, DJ Screw and The Album Leaf and there were enough moments of brilliance throughout the night at The Fonda to ride away from the Sunset Boulevard venue with a huge smile plastered on.

After an episode of self-described “major label bullshit” supposedly sidelined Shlohmo and Jeremih‘s highly touted collaborative project, it appears that the former’s Wedidit camp has taken to grassroots methods to disseminate the No More EP. The six track effort features “Bo Peep”, “No More”, an extended, Jeremih-assisted version of Shlohmo’s “Fuck You All The Time” remix that jumpstarted the whole project, and two brand new originals. The original project was slated for a Def Jam/Wedidit release, but while nothing final has been announced all logic points to a formal end to that relationship. While the circumstances surrounding No More are more than a little acerbic, the EP offers an intoxicating blend of Jeremih’s knack for wispy melodic work and songsmanship combined with Shlohmo’s elegiac approach to 808 percussion and ululating textural accompaniments. Chance The Rapper guests on the sharp-witted “The End”, a venomous Chicago collaboration that falls somewhere among the hills of the drill realm. Head to the No More website to grab your copy of the EP in exchange for an email.

We all knew it was coming, but the release still feels momentous. The EP is coming soon. Shlohmo + Jeremih. The new song is called “No More”. NPR predictably referenced David Lynch in their write-up (you can download the song at their site). More than anything else, there’s a sense of collective experience in the sound and identity the producer and singer have fomented. Whereas other R&B acts often come-up deeply, darkly narcissistic, Shlohmo & Jeremih retain a sense of brooding while simultaneously eschewing the petty misogynies of the genre. I could spew on this song for many more paragraphs (and maybe I eventually will), but you know the deal and the music stands on its own.

A few week, the Wedidit horde presented us with Shlohmo’s cavernous remix of Purple’s “The Club”, a track that surely fit the LA outfit’s aesthetic, but left us a little cold. With the song came the promise of remixes from Jim-E Stack and IVVO, which have finally reached daylight along with a free download of the entire three song package. Whereas Shlohmo decided to submerge the already dangerously dense original into a reverb-filled hell hole, New York-resident Jim-E Stack opted to re-contextualize the emotions emanating from “Feel Alone”, transforming it into the sonic equivalent of driving a car on the beach at night. It’s still darkly melodic, but there’s hint of a confusing tropical vibe and a propinquity for propulsion that elicits auto travel. Or maybe I’m full of shit. Regardless, it’s a brilliant flip that evens mutates into a breakbeat-laden jungle monstrosity in the last twenty seconds. Stream Jim-E Stack’s “Feel Alone” remix below and download the full package here.

Earlier this year, Yours Truly got Shlohmo and Jeremih in the studio together as part of their “Songs From Scratch” series. Then “Bo Peep (Do U Right)” came out. Then the two performed on stage together. And then they performed together in the Boiler Room. After Shlohmo laid down a solid 20 minutes of choice Houston cuts, some Andre Nickatina and his signature “Hail Mary” screw at the Wedidit x Boiler Room function a few weeks ago, Jeremih joined yung Henry on stage for a rendition of “Bo Peep” and a medley version of “F U All The Time” the two performed together earlier this calendar year. Jeremih’s performance was choppy at times, but the resonance of the event can still be felt. It’s a testament to institutions like Boiler Room and RBMA that us fans are able to consistently indulge in collaborations like this. Hopefully, Jeremih’s long delayed Thumpy Johnson LP is on the way soon, maybe even featuring some more Shlohmo production. 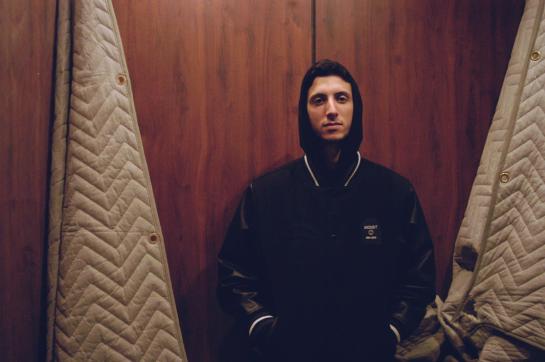 If you haven’t noticed, we’re rather excited about Shlohmo’s upcoming Laid Out EP and are sometimes prone to gushing about Mr. Laufer’s subtle arrangements. The latest tune to emerge from the upcoming extended player comes in the form of “Don’t Say No”, a How To Dress Well assisted slow jam that sees Shlohmo working with a notable vocalist for the first time (?). Like “Later”, the first cut we heard from Laid Out, HTDW’s vocals are often abstracted into a melodic tool, but unlike “Later”, they return to the mix in all their full-throated glory in an attempt to both replicate and break down contemporary R&B conventions. Break out the tissues and don’t say no to this romance drug. Stream below and look out for Laid Out on March 4 (Friends of Friends).

END_OF_DOCUMENT_TOKEN_TO_BE_REPLACED 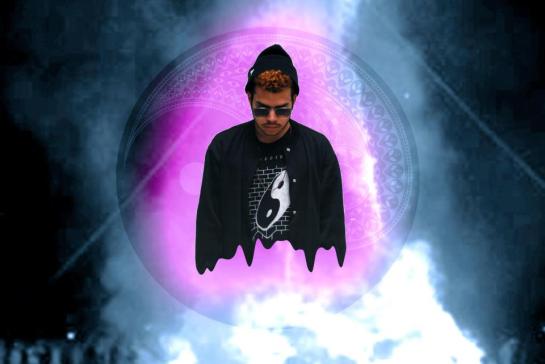 French Montana has a new Mike Will Made It produced single out called “Marble Floors” wherein a few famous rappers fanute about fucking your bitch over some garish snare rolls. In the midst of 2 Chainz’ song ending verse, he lays down this double (triple? quadruple?) take worthy bit of brilliance:

I get paid every time I leave my driveway

Now regardless of your opinion on Tity Boi, that is some high concept shit right there. It’s purp and lean music for the sensitive man/lady. Grippin’ grain and switchin’ lanes with a greater societal purpose.  Sort of like D33J and the whole night bus sound. Sort of. Lean music on a deeper level, replete with soppy, late night love stories and brief, hyper-sexual encounters. Now, D33J’s remix of Taylor Swift’s “Love Story” is about as far away from “Marble Floors” vibe-wise as you can get. It’s that late-night underwater feel that D33J and his Wedidit compatriots are so good at evoking, bringing the wettest, darkest vibes out of flat pop songs. D33J said this stream is only going to be up for a little while so give us a shout in the comments if it suddenly disappears. Download here.