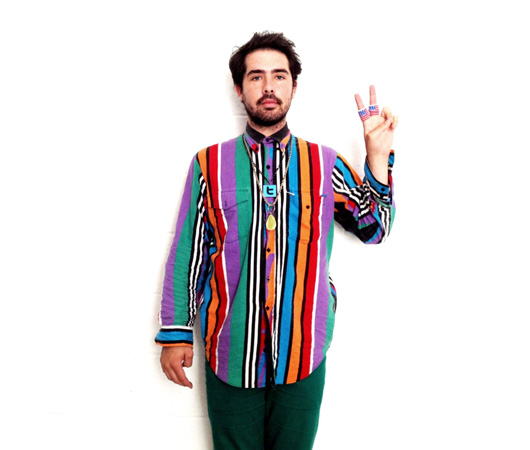 In which Jerome LOL continues to tweak the sound first found on the Changes EP, reapplying it to labelmate Tomas Barfod’s “November Skies”. I don’t think it’s an overstatement to say that Jerome could easily be producing (if he isn’t already) for some of the biggest names in the industry. On “November Skies”, he invents a child-like element, represented in the chipmunk vocals and twinkling chimes. Not childish, but child-like. Innocent. Bashful. The synths bounce off of the track walls in bouts of controlled excitement as the live-sounding percussion tumbles over itself resulting in an Animal Collective-esque chaos. This might be the best track of 2012 for people to hipster dance to. The remix is off of the “November Skies” remix package (catch Sepalcure’s take here), out November 26 via Friends of Friends.