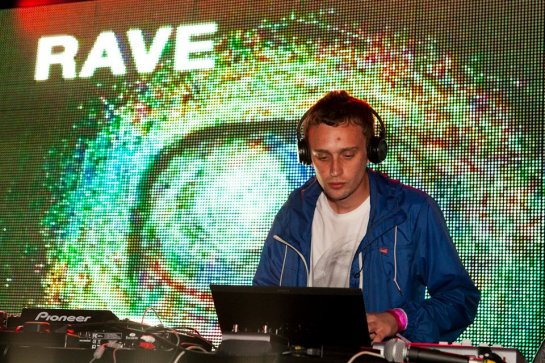 With the release of the critically acclaimed Galaxy Garden LP in April, Lone not only raised his profile in a popularity sense, but gained a certain confidence that might have been lacking in his previous releases. Instead of dabbling in sample-based, Boards of Canada-indebted middle ground as he had in the past, the Nottingham-native took his euphoric productions straight to the dancefloor, crafting an impressive homage to early rave music. The various remixes and one-offs Lone has released since April have seen him experimenting with new styles and sounds, including heavier, more vocal oriented work. The results have been a somewhat mixed bag, but his willingness to expand and experiment is a sign of good things to come. Take his most recent effort, an official rework of Nathan Fake’s “Paeaan”. With a steady kick that would have been anathema to Lone just a few years ago, the track feels like an exploratory probe into a technicolor alternate universe. Euphoria is replaced by child-like wonder on “Paean” as Lone gently guides the ship into new territories. Stream below and grab Fake’s Paean EP here.