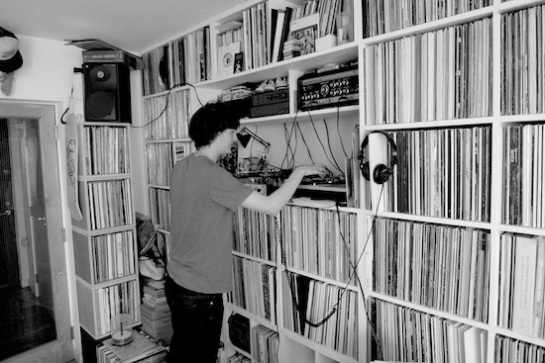 Ben UFO, Jackmaster and Oneman have always been linked together, for the most part because they represent an outdated model: the DJ’s DJ. Rarely producing their own music, the trio have garnered respect from across the electronic spectrum via their magnificent deck skills and their ability to turn in variegated sets night after night after night. The three Brits have essentially established themselves as the premier tastemakers in all of the land so when we receive mixes from 2/3 of the crew in the span of two days, it’s reason to get excited. Yesterday, we received Numbers kingpin Jackmaster’s marathon Mastermix 2012 and today we’re lucky enough to bring you Hessle Audio boss Ben UFO’s 45 minute set from a recent Red Bull Music Academy/Warehouse Project/Boiler Room event. As is expected, Ben threw in plenty of exclusives including unreleased Bok Bok and Joy Orbison. The fine folks at Boiler Room haven’t posted the mix to their Soundcloud just yet so you’ll have to settle for the video.