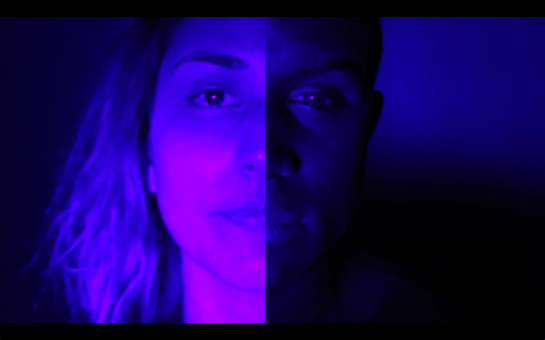 Jumping on to the map with a co-sign from genre-line toeing Micachu, London newcomers MOLLY release Better Halves, a 12 song, 20 minute mixtape. The duo, made up of Raisa K and Evian Cafun, doesn’t find a happy medium; instead it thrashes between Evian’s pointed afro-punk rap and Raisa’s stripped down, industrial production. It is chaotic and it is feral, but it is alive and it pulses. MOLLY will need to refine their craft, but hearing Evian say “Balance is the answer” in response to Raifa’s “I am half made up of you” on the mixtape’s title track, it is easy to imagine their trajectory. With hits in “Apparently You’re Mental Pt. 2” and mixtape closer “Beast”, MOLLY will (hopefully) soon find themselves working alongside affiliate Tirzah on Greco-Roman taking over UK charts. Watch the video for “Better Halves” below and stream the full mixtape on Soundcloud after the jump.