Let’s take a break from our regular programming to bring you something stupid hype. For the past few months The Motherfucking Gaslamp Killer has been rinsing an unknown remix of Kendrick Lamar’s “M.A.A.D. City” and absolutely detonating dancefloors across the world. Today, Eprom has let the remix loose on the general public and madness has ensued. This is an unadulterated “banger” so step off if you give fucks about something like “subtlety”. Stream below and download here.

Of the many faces Star Slinger puts on in his various productions, the hip hop remix face might just be my favorite. Despite having a bevy of low-key hip hop originals to his name, the Mancunian usually takes a more amped up approach when remixing the likes of Danny Brown, ASAP Rocky or Drake, adding a tinge of funk here, or maybe some Jersey club there. His latest bootleg target just happens to be a song that will be associated with 2012 hip hop years down the road, Kendrick Lamar’s “Bitch, Don’t Kill My Vibe”. You’ve all heard it (I hope), and honestly, there really aren’t many improvements to be made in this case. Slinger does his thing though, transforming it into a smooth bit of piano-driven club music that retains the original’s structural integrity. Stream and download below.

END_OF_DOCUMENT_TOKEN_TO_BE_REPLACED

First question: how did this song not make it onto good kid m.A.A.d. city? Second question: isn’t having the Black Hippy four headed monster trading off verses about the problems surrounding alcoholism an infinitely better than having Kendrick go on for five minutes? One of the virtues of Black Hippy is that each member complements each other so well. The formula of Kendrick as the virtuous one, Ab-Soul as paranoiac weedhead, Schoolboy Q as repentant gangster and Jay Rock as the go-to street rapper works too damn well to ignore. And that formula works perfectly on the Black Hippy version (fuck calling adding a few verses a remix) of “Swimming Pools”. The song widget is confusing and blows up my computer every time I try and post it (thanks WordPress) so you’ll have to head here to stream.

Last April, The Smoking Section wrote up an excellent article on the “label that’s figured it all out;” namely, Atlantic Records. Atlantic is the home of artists like Wiz Khalifa and B.o.B, not to mention Plies, Musiq Soulchild, Diggy Simmons and Trey Songz. The Smoking Section article focused on the transition between the former three artists’ emersion as independent entities in contrast to their album releases through the label. Both Wiz and B.o.B. had built up venerable online followings, and their fans were clamoring for a proper release. The hype was a result of critically acclaimed mixtapes like Kush & OJ and Hi! My Name is B.o.B. Lupe had already released two critically and commercially acclaimed albums via Atlantic, The Cool and Food and Liquor, but it had been four years since the release of The Cool and both Lupe and the label were in drastically different places. The resulting albums, B.o.B Presents: The Adventures of Bobby Ray, Rolling Papers and Lasers, all went RCAA Gold, an impressive feat for a label in our contemporary commercial music landscape. The label had been able to do what few others could; turn out consistent commercially successful hip hop albums.

That’s where the trouble starts though. Are any of the three previously mentioned albums actually hip hop records? Sure, the are rapped verses, familiar song structure, and appearances by guests like T.I., Eminem and Curren$y, but the albums prove to be a thinly veiled facade covering a disconnected series of singles. For example, the amount of mushy bullshit on Lasers is astounding, considering the completeness and conceptual genius of The Cool. The album serves as a vehicle to get “The Show Goes On” (a thinly veiled rip-off of the Modest Mouse classic) radio play and into GM commercials. Just before the album was released, Lupe stated in an interview with Complex that he hated the album and was forced to make “The Show Goes On.” Granted, Lupe has been a little erratic over the past several years, but it’s hard to imagine an artist of his caliber willingly succumbing to the creation of an album that panders as much as Lasers. It’s easier to see Wiz and B.o.B. abandoning their creative chops for a chance at commercial success, as it is somewhat doubtful that those chops existed in the first place, but they too turned out disgustingly thin albums.

What’s the point? In the past few weeks, two of the most hyped young rappers in hip hop, A$AP Rocky and Kendrick Lamar, released singles in anticipation of their respective upcoming albums. Both also happen to be associated with major labels; Kendrick with Universal, and A$AP with Sony. While I would argue that Kendrick is still under the Top Dawg Entertainment banner, it’s hard to ignore the influence that Universal might have over the upcoming Good Kid in a Mad City. Now, obviously Sony and Universal don’t have quite the penchant for turning promising rappers to the dark side that is commercial pop, but both have turned out their fair share of awful radio-ready puffballs in recent years. I believe that both A$AP and Kendrick are miles beyond Wiz and B.o.B. in terms of pure lyrical talent, beat selection and their respective posses, but again, it’s hard to ignore the effect of major labels. (Continue after the jump)

END_OF_DOCUMENT_TOKEN_TO_BE_REPLACED

Ever since Dr. Dre co-signed a young Compton rapper named Kendrick Lamar back in 2010, the world has been eagerly awaiting a collaboration between the two. Well it has finally come today in the form of the first single off of Lamar’s upcoming Good Kid In A Bad City. Scoop DeVille handles the production, allowing Dre and Kendrick to flex their respective flows. Kendrick has proven time and time again that he is one of the premier MC’s on the West Coast and he only solidifies his place on “The Recipe.” Dre is… well the guy who recently released “Kush” and “I Need A Doctor.” Beyond the fact that there’s almost no way Dre actually wrote his verse, he just sounds kind of old. Where Kendrick excels through his lyrical dexterity, Dre sounds stale and outdated. Hopefully, Dre will take his rightful place behind the boards and pump out some bangers for Kendrick and stay out of the booth from here on out. Maybe I’m being a little harsh on Dre, but when put against Kendrick, he doesn’t stand a chance. Even The Chronic era Dre would struggle to keep up with modern day Kendrick. At least he didn’t try and go in over “Cartoons and Cereal.” That beat is out of control. Stream the track below and be on the lookout for Good Kid In A Bad City.

Since the release of Schoolboy Q’s Habits and Contradictions , the album has been in steady rotation in my tapedeck, turntable, ipod, computer and more. I cannot say enough about the album. You can read what I managed to spit out in my review of the album. Anyways, with the albums multitude of trip-hop samples and just overall exceptional beats, remixes were bound to start coming out of the woodwork. I’ve heard several so far, but none comparing to Brooklyn-ite Obey City‘s version of “Blessed.” In the case of this remix, less is definitely more. By tweaking the pitch a little here and there, adding a little extra kick in the drums and mixing in a little juke, Obey City manages to not only improve the original, but also to (hopefully) bring it to a whole new audience. This track could easily have a similar impact that Jim-E Stack’s remix of “Purple Swag” did last year. Stack’s remix may have been my favorite track of 2011 and was easily my most played. It’s becoming increasingly fashionable to take the newest independent hip hop jawns and give em a little UK feel and I love it. Like everything else, these remixes are hit and miss, but when they hit, they’re unbeatable. Stream and download the track below.

We don’t usually feature content from other blogs/magazines/etc., but this is too good to pass up on. The latest issue of The Fader magazine features Danny Brown and Kendrick Lamar, as well as two of the better articles/interviews with the aforementioned artists I’ve managed to dig up. While Lamar graces the cover, the article is really about Black Hippy as a whole, juxtaposing its members drastically different personalities, quirks, and skill-sets. The Brown article is a deep contrast to the Black Hippy one, showcasing a manic, grotesque figure, who at one point states “People think my life is just non-stop orgies with crackheads… and it kind of is.” Brown and the Black Hippy cohort are two of the most respected artists/crews in the modern rap game, and these articles showcase how, despite their hugely different attitudes and lifestyles, they both came up from the bottom and share a common hip hop ethos. 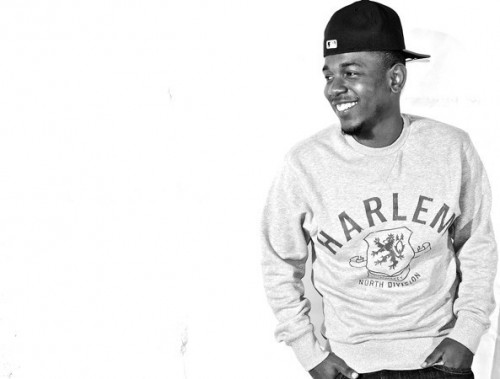 It looks like Kendrick Lamar might have gotten some inspiration from the spaced-out production fellow Black Hippy Schoolboy Q’s Habits & Contradictions. Or maybe he just really enjoyed working with Nosaj Thing last year. Anyways, Kendrick’s newest track, “Cartoons and Cereal” features the Compton spitter changing up his cadence repeatedly over a futuristic beat alongside another MC and a female vocalist. The beat devolves into pure percussion at times, before ramping up again as Kendrick chants over the top. If this track is any indication of how Kendrick’s first official release, Good Kid in a Mad City, will turn out, we are in for a treat. It will be tough to top Section.80, but so far Kendrick has avoided all of the major label trappings and stayed true to himself and his true. Stream/download “Cartoons and Cereal” below and be on the lookout for album news.

Update: The non-Kendrick MC on the track is Gunplay and frequent collaborator THC is on the beat.