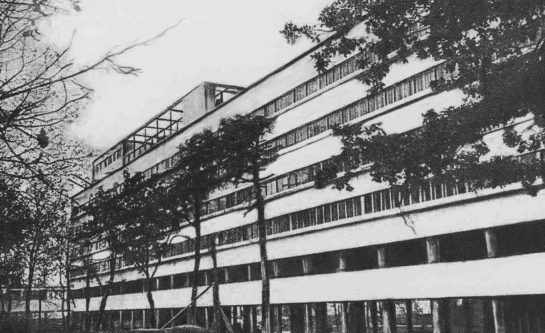 After playing all label/label artist music on our December NTS show, I decided to dive into the HD for a taste of dynamic new music from the past two months. Dancefloor material was more inspiring than usual this time around and I was able to fit in a collection of FDM, litefeet and other 100 BPM-ish tracks into the first 30 minutes. Check out NYOP’s 0 collection and one-offs from Epic B, Davincii and MVSTERMIND. Fridge’s 666 Speed, quest?onmarc’s PHOENIX and DJ Nigga Fox’s Cartas Na Manga were also major focal points for the opening bit of the show.

Vocal edits from v1984, Pininga, nunu and Kelman Duran, as well as a few choice songs from the forthcoming DJ Lostboi and Torus split, form the next section. Sadly, it looks like Kelman took everything on his Bandcamp down, but you can hear “she said she from da westside, yeah she said the best side” below and “die here” in TTB’s most recent show. Having the opportunity to link up tracks that denaturalize the traditionally beautiful and revivify familiar material is one of my favorite parts of composing the show each month. Eartheater & LEYA’s Angel Lust is also a must have and exhibits a few of the qualities that make Eartheater’s live performances so special.

The mixing in the remainder of the show is a bit ropey, but managed to touch on must have new Ase Manual, Bamao Yendé, Color Plus, Ecko Bazz, Gant-Man, Sonia Calico and more. There are a few special Aya edits in there as well. Speaking of which, her latest NTS show is an R.I.P. LOFT special that brings in tracks from various aliases dating back to 2009. You can grab a bunch of those over at her Bandcamp. For a more complete track list, hit the jump and/or check out the Buy Music Club rundown of a good portion of what we played. Our show will be back on February 14 and we’ll have announced APR123 and APR124 by then so keep an eye out.

END_OF_DOCUMENT_TOKEN_TO_BE_REPLACED

Chants gives me goosebumps.
Jordan Cohen, better known to the world as Chants, has been making everything from lullabies (“Way Awake“) to topshelf makeout (“I Feel Like I Feel It”) music out of sleepy Madison, WI for the last five years. After getting a few EPs and remixes under his belt, Jordan offered last November’s I Feel Like I Feel It through Seattle’s Hush Hush Records. The album defined his sound as warm and lovely and catchy and somehow perfect in any weather. Favoring drums and doing everything himself, Jordan didn’t leave anyone much choice, but to look at him and the music that he is creating. We were lucky enough to get Jordan to send us over a mix and answer a few questions about who he is/what he does/how he does what he does. Stream Chants’ Mix For The Astral Plane below and get to know the sweet man/find a tracklist after the jump.
END_OF_DOCUMENT_TOKEN_TO_BE_REPLACED 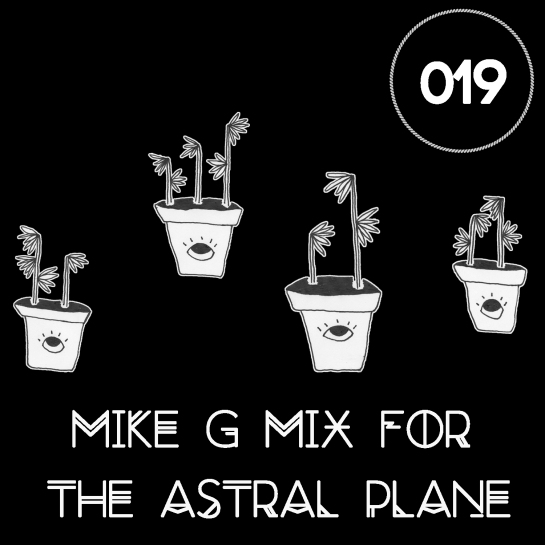 Steeped in millennial culture and bred on East Coast club sounds, Austin-based DJ/producer Mike G draws lines between the Internet, insular regional scenes and the ears of young listeners. It would be impossible to place Mike, born in Los Angeles, in any particular genre or sub-genre, his music instead evoking everything you’d want from the “bass” music genre without any of its pedantic proclivities. You know him via releases on Car Crash Set, Freshmore and B.YRSLF Division, but Mike’s remixes, bootlegs and one-offs might just have garnered him even more attention. Maybe you heard his “Code Switch”/Divoli S’vere edit on the Night Slugs/Boiler Room event or saw his Thomas White remix burning up the web. It might have been his collaboration with Falcons that caught your eye, released through the wide-gazing Mad Decent. Gathering up breakbeats, horn stabs and volatile “ha” samples, from across the avant-garde of yore, Mike has developed a sound in both his DJing and production that is always accessible, but never pandering. It’s as implacable as it is fun, fully existing in the prosperous nether-region of the Internet, without crossing over into self-indulgent fapping. Mike’s Astral Plane Mix elicits all of the above, a genre smashing affair, pedal-to-the-metal affair that actively refuses to be boxed in. In a simple sense, the mix and Mike G’s musical output in general offers up a quintessential progressive spirit, constantly striving for  change and apotheosis. Stream/download below and hit the jump to peep the track list.

END_OF_DOCUMENT_TOKEN_TO_BE_REPLACED 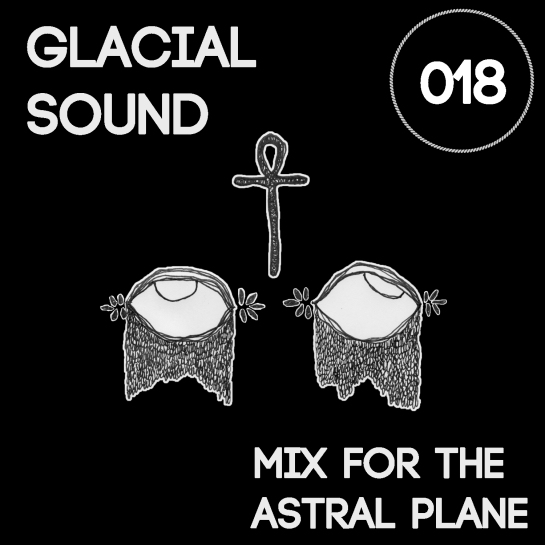 If you’ve been following the deluge of “new wave” grime round-ups in recent months, the name Glacial Sound will be quite familiar at this point. Often lumped in with fellow upstart outposts like Goon Club Allstars, Coyote Records and Liminal Sounds, the Dublin-based imprint only has two releases to its name to date, but label-head Paul Purcell has flipped a keen eye for talent and an adoration for vinyl into a groundswell of UK and international support. Launched last June via Rabit’s now scene-defining Double Dragon EP, Glacial Sound is nominally a grime label, but if you’ve spent any time with the aforementioned Rabit release or Murlo’s highly touted Last Dance EP, you’ll know that Purcell’s vision far surpasses anything that could traditionally be dubbed grime. Double Dragon is a spacious effort that derives much of its sound palette from Wiley’s Devil Mixes, but exists in a protean universe of wildly twisting melodic content that defies its influences. Hailing from Houston, Rabit exists far from grime’s epicenter, but has managed to funnel some of its most left-field elements into a final product that eschews the more stultified components of the original product.

Whereas Rabit has developed and maintained a sound that is mutually exclusive in its own right, Murlo has synthesized the bright sound palettes and skittering rhythms of Caribbean music like soca and dancehall into an ornate, fully original byproduct. More than just about any other producer, Murlo’s music, especially Last Dance, mirrors the multi-cultural, multi-denominational  nature of contemporary London.

Both Double Dragon and Last Dance have created a sustainable platform for Glacial Sound and the future seems bright with an upcoming Rabit & Logos white label in store. In a remarkably short time, Purcell has attained what most labels struggle over for years: an idiosyncratic identity. For Astral Plane Mix 018, we asked Paul to showcase Glacial Sound and to give our readers a taste of what he’s listening to at the moment. The result is a whirlwind journey through the kaleidoscopic sounds of London and grime’s various mutations. We also asked Paul what he likes to listen to when he’s on the go as there is a certain sense of movement (or lack thereof) that is inherent in the Glacial Sound aesthetic. Check out Paul’s addition to our guest mix series below and hit the jump for his on-the-go selections and track list.

END_OF_DOCUMENT_TOKEN_TO_BE_REPLACED 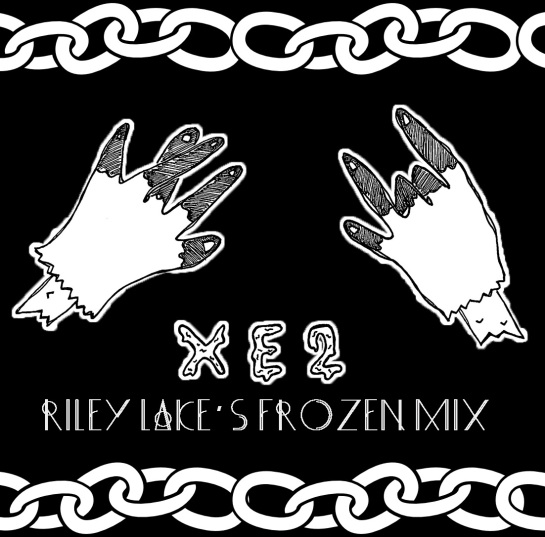 When we first heard Mssingno’s momentous “XE2” last October, the R. Kelly vocal sample was like nothing we’d heard before, immediately identifiable, yet impossible to place. “A dog on the prowl when I’m walking through the mall” isn’t necessarily the most recognizable line in “I’m A Flirt”, but it functions perfectly when disassociated and re-appropriated by the London-dwelling Mssingno. It takes on a slinky, sidewinding quality that reinforces the grand nature of “XE2” and carries the track through several percussion-less minutes. The song came to define a year of instrumental grime, portraying the protean proclivities of the “genre” and highlighting many a peak-time set.

With a good deal of reverence, Los Angeles/Wisconsin-based producer Riley Lake has given “XE2” his own treatment and allowed us to debut the track. Utilizing vocals from R. Kelly’s original to beef up the harmonies and a fair share of eski clicks, Lake’s edit allows for both karaoke singalongs and gun finger waving. The edit belongs in a dystopian club and reminds of the hectic, world-colliding nature of much of Donky Pitch and Tuff Wax’s recent output. If grime is going to continue on its current path, colliding with Southern hip hop, old school electro, R&B and more, then we’re going to want producers like Mssingno and Riley Lake to take the lead. Stream and download Lake’s “XE2” edit below. 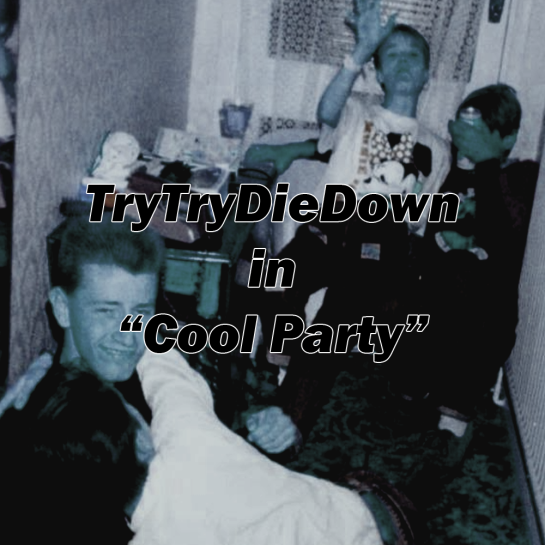 Like many of his Scottish contemporaries, Aberdeen-based producer TryTryDieDown has a knack for synth-led melodies that are based as much in the g-funk and electro of yore as they are garage and grime. With a number of widely variegated number of originals and edits (Khia, Khan & Neek, Andre 3000) to his name, TryTry has shown a willingness to experiment across ‘nuum styles, balancing the more aggro sides of 140 material with R&B-centered garage. It’s a kaleidoscopic approach that some might misconceive as meandering, but TryTry isn’t unfocused, just hyper-curious. Today, we bring you “Cool Party”, a track that initially sounds like Jacques Greene’s “Body Party” remix before revealing its true colors as a roughneck grime roller concealed under layers of swirling, evocative synth work. It’s easy enough to get lost in the melodic components, but the track is heavily layered and its sharp snares and crunching percussive stabs are equally rewarding.