The holidays are the one time of year when I appreciate the fact that my Facebook and Twitter feeds are flooded with promotional posts. That’s because the holidays are the time for giving, specifically the time when producers dump all of their bootlegs/edits/unfinished tracks on the unsuspecting masses. The quality is generally a mixed bag, but we’ve received a deluge of heat in the past few days that deserves its fair due. On the raps front, Lil B, King Louie, Fredo Santana, Lil Silk and Fabolous have let loose new tapes over the past week or so. All deserve your attention, although save Lil B’s 05 Fuck Em and maybe spend a little more time with Silk and Louie.

The good folks at Mixpak were also kind enough to hand out a bundle of free tracks from their roster and beyond. The Holiday Bundle evokes the grime, dancehall and soca-based riddim culture that Dre Skull has so carefully curated over the past few years. Sudanim, Murlo and Koyote all bring their best to the table.

You’ve likely seen these already as well, but big hitters Flying Lotus, Zed Bias, Ryan Hemsworth Clams Casino all gave bundles of tracks away in the past few days. Casino’s third Instrumental Mixtape is probably the most cohesive attempt of the bunch, but FlyLo’s assorted beats, remixes and bootlegs offer some intriguing insight into the producer and his cohort’s recording processes. The Hemsworth collection is largely edits he’s designed for live play and the “Post-Rock Tears” version of Future’s “Honest” is a real beauty. Two step legend Zed Bias handed over 200 MB of live recording, remixes and production work under both his ZB sobriquet and his Maddslinky nom de plume.

Hit the jump for a jambalaya of free tracks…

END_OF_DOCUMENT_TOKEN_TO_BE_REPLACED 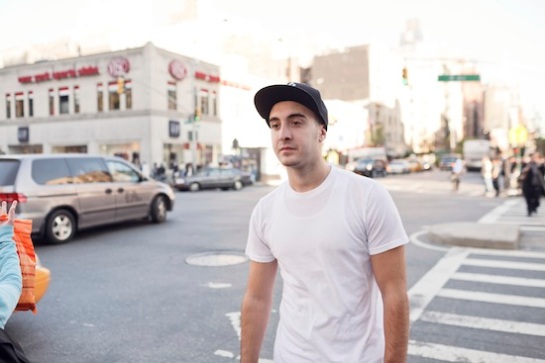 At this point, Clams Casino might be the last person with the capability of saving one Daniel Dumile’s worth as a relevant cultural signifier. More interested in producing and betraying fan’s confidence in the past half-decade, [MF] DOOM has always been an enigma, but the truth is that the iron clad villain hasn’t turned out an front-to-back engaging project since 2004’s seminal Madvillainy. It’s easy to get caught up in DOOM’s “free associative” lyricism or his outdated comic book references, but the truth is that he’s lost a step in recent years and has come to rely more and more on gimmicks and outlandish production. Enter Clammy Clams. if there’s a more fitting backing for DOOM’s pedantic rambling than the molasses thick, treehouse beats churned out by New Jersey’s very own, then I don’t know what life. Matching both DOOM’s cadence and carelessness to a tee, “Bookfiend” is the best thing to come from each respective camp in the past 12 months and if you don’t recognize that, you might just need get out to the Amazon for some of that good stuff.

END_OF_DOCUMENT_TOKEN_TO_BE_REPLACED

Witnessing the widespread panic that followed the initial posting of Captain Murphy’s Duality last Friday was almost as entertaining and mind-boggling as the actual music/visuals. Some people are actually angry that Mr. Murphy’s identity hasn’t been revealed, while others indulge in the jaw dropping list of producers involved, attempting guesses at which beat can be attributed to which beatsmith. While the Captain’s identity is still technically under wraps, you can now take home a copy (in one long MP3) of Duality and fret over it on your daily ride to work! You can also stream the chapter-split version of the tape below, courtesy of Masked Gorilla. Apparently, a deluxe version of Duality is on the way, which will (probably) contain exciting features like split tracks, producer credits (!) and hopefully some more cult-centered visuals. In the meantime, stream below and grab the full tape here. 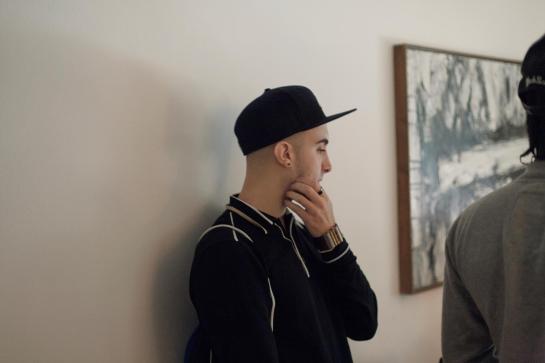 Last week, I was delighted to find Clams Casino’s Instrumental 2 sitting tantalizing in my inbox. While not quite as earth shattering as the original instrumentals tape, the mastered copies of “Wassup”, “Palace” and “I’m God” have not and will not leave the rotation for months. Like the gentleman that he is, Clams let loose seven “BSIDES” earlier, made up of instrumentals of Squadda B, Sha Stimuli, Lil B, Mac Miller and Havoc tracks. While not as well known as the tracks off Instrumental 2, each and every instrumental demonstrates just how dexterous the New Jersey-bred producer is behind the boards. I personally hadn’t heard the Sha Stimuli tracks so that was quite a treat. Don’t know how “Never Understand” didn’t make it onto the “A Side”. Easily one of my favorite beats of the year. You can head over to Clams’ Twitter to grab each individual track or snag the easy to consume Zip file below. 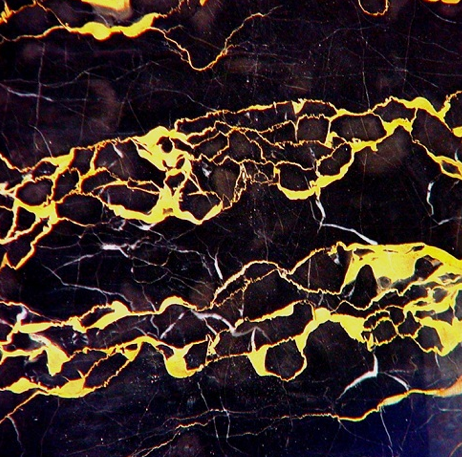 And just like that, it happened. I usually take some time to listen to a release through and through before posting it, but well, it might be worth it to get caught up in the hype machine every once in a while. The tape features instrumentals of tracks by A$AP Rocky (“Wassup”, “Bass”, “Leaf” and “Palace”), Mac Miller (“One Last Thing”, “Angels”), Lil B (“I’m God”, “Unchain Me”), as well as remixes of Lana Del Rey, Washed Out and XV. It’s extraordinary how much more palatable the Mac Miller instrumentals are  than their originally unbearable incantations. Two brand new tracks, an original mix of The Weeknd’s “The Fall” off of Echoes of Silence and an unreleased Clams joint called “Human” are also on the tape. Roll one up, grab your double cup and do what you do. Download below. 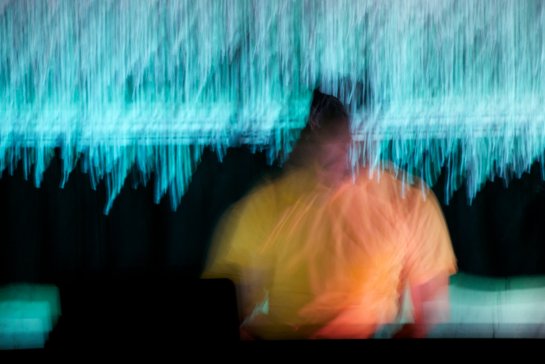 Last July, Clams Casino was featured in FACT Mag’s mix series. The mix was released around the time that Clams’ buzz was growing to a deafening level, following the release of the Rainforest EP. Despite the overwhelming love for his original productions, Clams’ mixing skills were obviously lacking and the mix came off as terse and uninspired. A lot has changed. Last night, the New Jersey producer hit up Benji B’s Exploring Future Beats Show on BBC Radio One (we love our future beats) and proceeded to play a spattering of “VERY rare instrumentals” and UK bass cuts. The inclusion of tracks from across the pond like Jai Paul’s “Jasmine”, Girl Unit’s “Ensemble” (off of the upcoming Club Rez EP), and Hudson Mohawke’s remix of Battles’ “Rolls Boyce” shows not just improved track selection, but a newfound level of respect. Like many have said in the past, Clams is more than a hip hop producer. The mix also includes some love for LA via Mono/Poly’s “Los Angeles”, a new Omar-S track, a little Spaceghostpurrp, a little Evian Christ, and once again, plenty of “RARE” beats. The mix is titled “The Evolution of Clams Casino,” a name that couldn’t be more apt. Stream the mix over at BBC and download here. Find the full tracklist after the jump

END_OF_DOCUMENT_TOKEN_TO_BE_REPLACED

For those of you who are missing out on Coachella this weekend, here’s a little something to brighten this rainy LA morning. The name Joyce probably doesn’t ring a bell. It’s the new moniker under which Katherine Fussey, niece of acclaimed guitarist Mick Ronson, has released a catchy, echoy-instrumental single, “Keep The Lights On.” It’s an enjoyable track in and of itself, with its head-bobbing rhythms, simple synth melodies, and bright, exclamatory vocals. But as we have seen thus far, it is very difficult to find a piece of music that cannot be improved upon through a little rework by our dear friend Clams Casino. He has preserved Joyce’s bubbly vocals, as well as the ease and abandon she displays in the original track, but at the same time he manages to throw in all of his trademark humid cloudiness, as though “Keep The Lights On” got lost in the rainforest or on a deserted island, and never had any desire to leave. It’s smooth with just enough crunch. There’s a lot going on in this remix, but it’s far from overwhelming; it’s the perfect balance of complication and repetition. Stream Clams’ remix here, and head to Joyce’s SoundCloud to hear the original track.

A lot of new music surfaced this week, most of it in official release form (weird, right?). Albums/mixtapes/EP’s from Jonwayne, Beach House, Miike Snow, Odd Future, Martyn and Stewrat hit the interwebz in some form or another, but it was a comparatively slow week for remixes, youtube rips, bootlegs and the like. Still, any week you get a new Hudson Mohawke/Lunice track should be considered a resounding success! As a result, here is our slightly stripped down Week Six incantation of Sounds From The Astral Plane. Enjoy.

This one is from Martyn’s Essential Mix we posted earlier in the week. It’s just a low quality rip at this point, but shows a more house-oriented sound from Greene. Maintaining the wafty R&B vocals found on tracks like “Another Girl” and “Motivation,” but includes an acid house bassline this time. Look out for an official releases from Montreal-based producer.

This one debuted as a Big K.R.I.T. remix back in January as part of The FADER and HTC’s X Squared series of artist collaborations. While many (some would say most) Clams productions sound better on their own, this one could really use K.R.I.T. on it and really functions as library fodder. Still, let’s give thanks Clammy Clams for more free music.

Earlier in the week, we wrote about Teen Daze dropping his synths and picking up an acoustic guitar on his side project, Little Chords. Maybe we spoke a little too soon. Obviously, he wasn’t abandoning his synth-y aesthetic, but it’s nice to see him back on his greezy for this remix of Akron/Family member Dana Janssen.

Here’s your goosebump-inducing track of the day. Producer mastermind Clams Casino has taken Florence + The Machine‘s “Never Let Me Go,” which was already a huge, heart-wrenching track, and combined it with his signature noisy, reverb-heavy, somber-yet-insanely-listenable style, and the result is fantastic. This track is a welcome departure from Clams’ usual distinctively mellow feel, because Florence’s vocals provide such an epic, emotional pedestal for the echo-y drums and muddy, multi-layered instrumentals. This remix will be featured on the b-side of Florence’s limited-edition Never Let Me Go 12″ single, which will be released on April 9th.

(Via Gorilla vs. Bear)